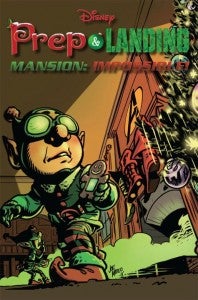 When Disney bought Marvel, you knew this was coming. The first Walt Disney and Marvel Comics crossover has been announced. No, it wasn't the Scrooge McDuck and Tony Stark/Iron Man team-up that I've been dreaming about, but exciting news nonetheless. Marvel has announced that Prep & Landing will meet The Avengers in an all new comic book adventure this November. Prep & Landing is about an elite unit of elves who prepare homes for Santa's arrival on Christmas Eve. In the comic adventure, elves Wayne and Lanny take on the task of preparing the Avengers Headquarters for the Big Guy's arrival. "I love Prep and Landing. I love the whole concept of Santa having these high-tech, stealth, elf squadrons that help him get each house prepared for Christmas," said John Lasseter, who is Chief Creative Officer of Walt Disney Animation Studios. "It's already so much fun combining this super secret spy world mixed in with the North Pole, and then to add the Avengers into the mix – spies, Christmas and comics – three of my favorite things!" "We're all big fans of Prep & Landing, so bringing them into the Marvel Universe was a no-brainer," said Axel Alonso, who is Marvel Editor in Chief. "I just hope that Lanny and Wayne have an easier time at my house this year than they do at the Avengers' Mansion!" 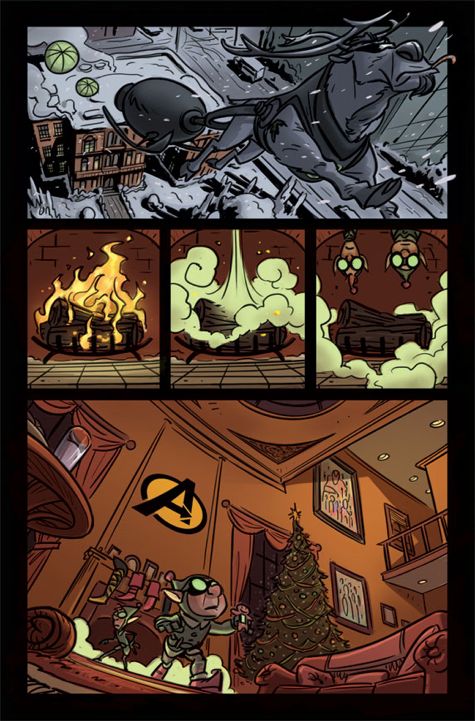 The Prep & Landing meet The Avengers story will be written by Kevin Deters with art by Joe Mateo. The story will be available exclusively in Avengers #19, Super-Heroes #20, and Spider-Man #20. Also, a full length special called Prep & Landing: Naughty vs. Nice will air on ABC this Christmas. In the special, Wayne and Lanny will race to recover classified North Pole technology, which has fallen into the hands of a computer-hacking Naughty Kid. The original Prep & Landing is scheduled to be released on DVD this November 22.

Prep & Landing To Meet The Avengers