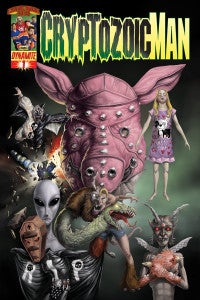 Walter Flanagan and Bryan Johnson, who appear as regular cast members on Kevin Smith's AMC reality series Comic Book Men, will seee an original property of theirs published as a limited series from Dynamite Entertainment beginning on Wednesday.

Below, you can check out a preview and solicitation text for Cryptozoic Man #1, due in stores October 9.

FANS, ASK YOUR RETAILER FOR THE: Walter Flanagan “negative effect art” retailer incentive cover. From Walt Flanagan & Bryan Johnson of AMC TV's "Comic Book Men" comes "Cryptozoic Man"! Alan Ostman, a middle-aged husband/father, sees his life quickly unravel when his daughter goes missing on a camping trip in the Pacific Northwest…Bigfoot country. After gray aliens abduct him from a roadside bar, he learns that the fate of the world is dependent on trapping the world's most legendary cryptids...not to mention defeating a psychopath in a pig-shaped leather bondage mask. Alan knows he has his work cut out for him. The storyline revolving around this four issue series will be revisited in Comic Book Men Season III. 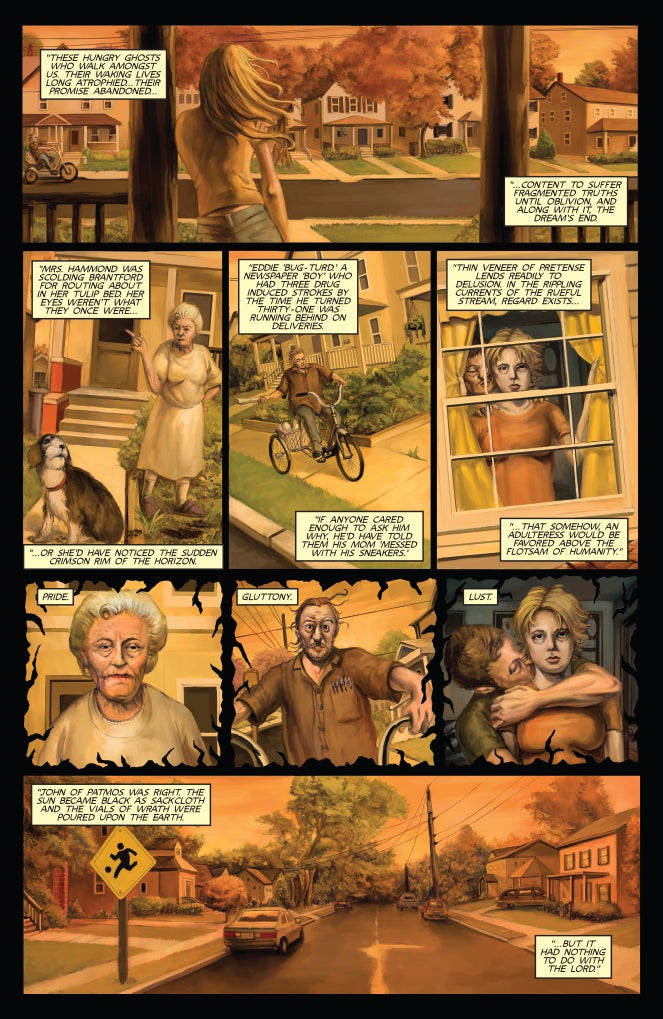 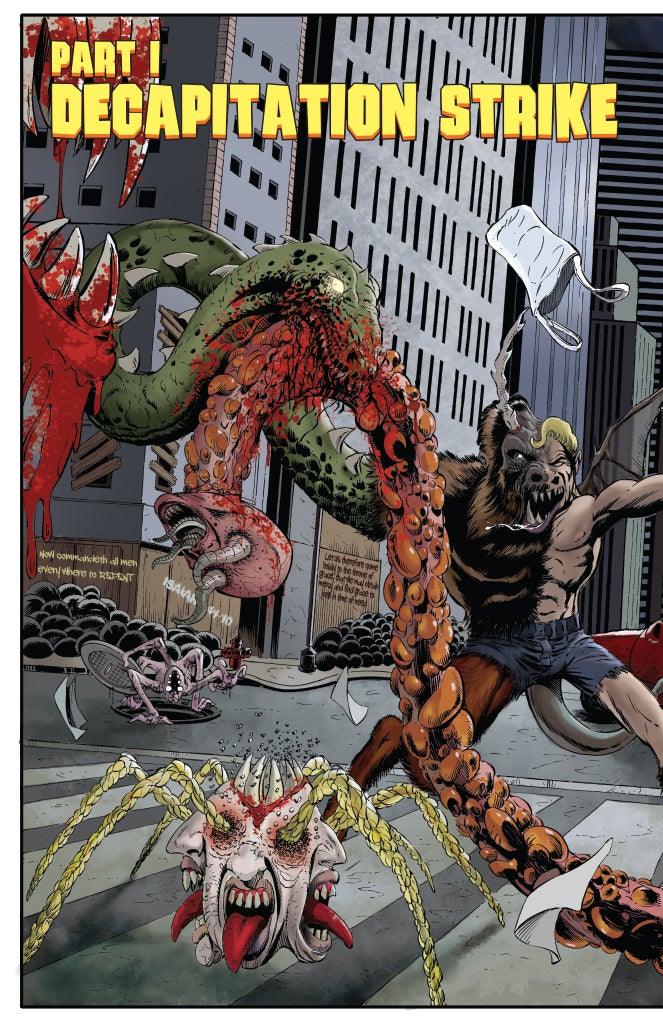 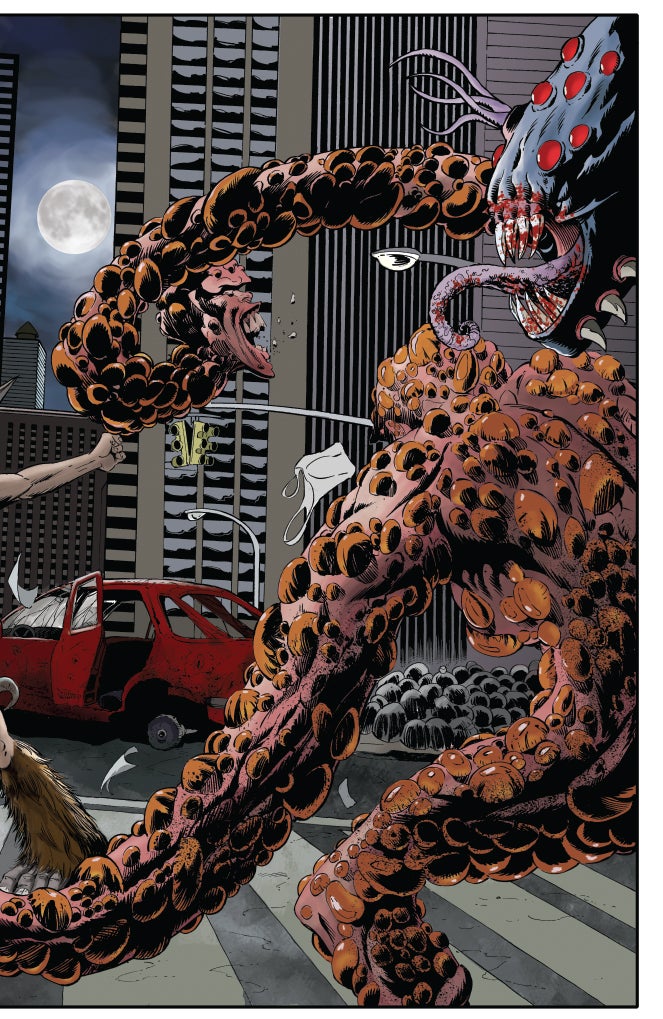 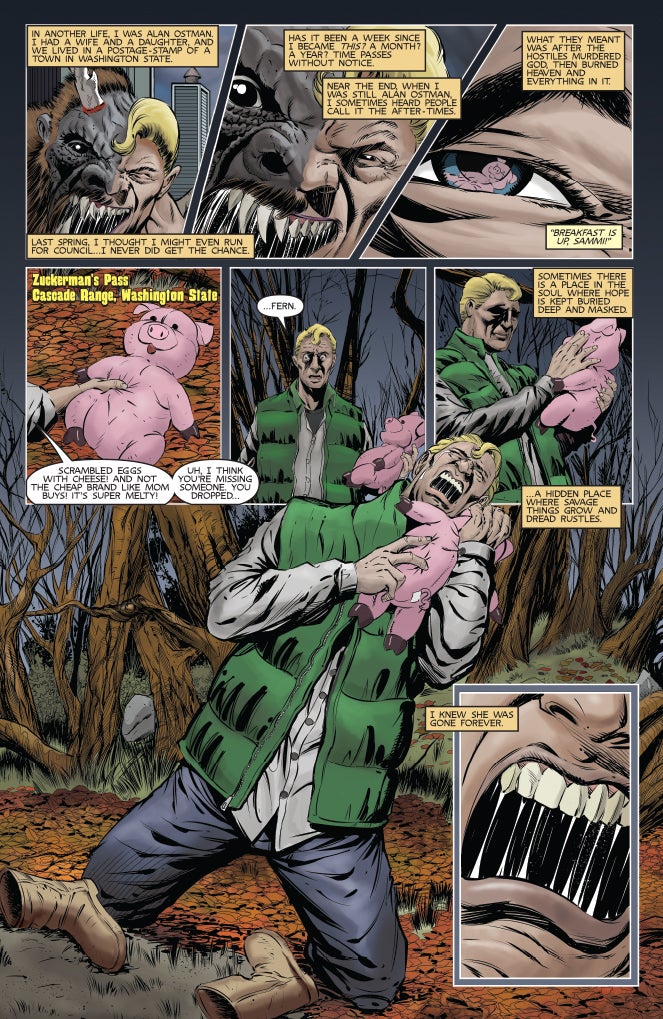 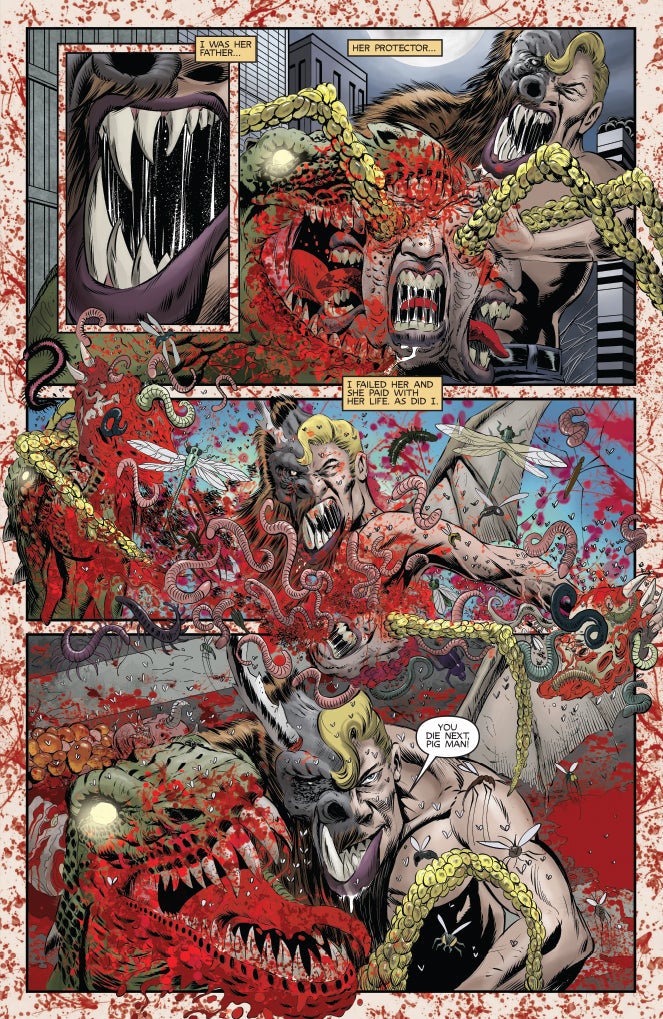