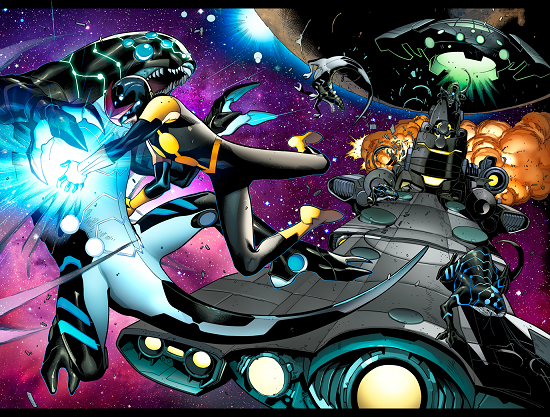 That headline will likely make people outside of comics say, "Wait, what?!" But those in the know are aware of how these things work.

Nova #10, due out next month, is the one hundredth issue of a solo Nova series and Marvel is celebrating in style, with outgoing writer Zeb Wells writing his final story and then handing off the reins to incoming writer Gerry Duggan.

“It took us a few decades to get to #100 and Zeb’s wrap up along with Gerry’s explosive debut story is a perfect way to celebrate this well-earned anniversary,” said Senior Editor Stephen Wacker. “With the Nova Corps showing up in next summer’s Guardians of the Galaxy movie, Marvel’s coolest new hero is going to have a huge spotlight and this is the place where Nova blasts off big time!” 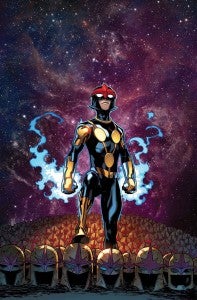 Check out the solicitation text and preview pages below. Click on an image to enlarge.

Since acquiring the Nova Force it’s been a bumpy ride for fifteen year-old Sam Alexander! Fighting alongside Rocket Raccoon & Gamora, a not-so-nice encounter with the Superior Spider-Man – not to mention a run in with Thanos and his Black Order! But that’s all about to change! Big changes are coming for Nova, and it starts here! (Oh, and did we mention a guest appearance by the new New Warriors setting up their All-New Marvel Now! series in February?)

Don’t miss the start of a bombastic new beginning for Marvel’s sentinel of the stars when Nova #10 rockets into print and digital this November! 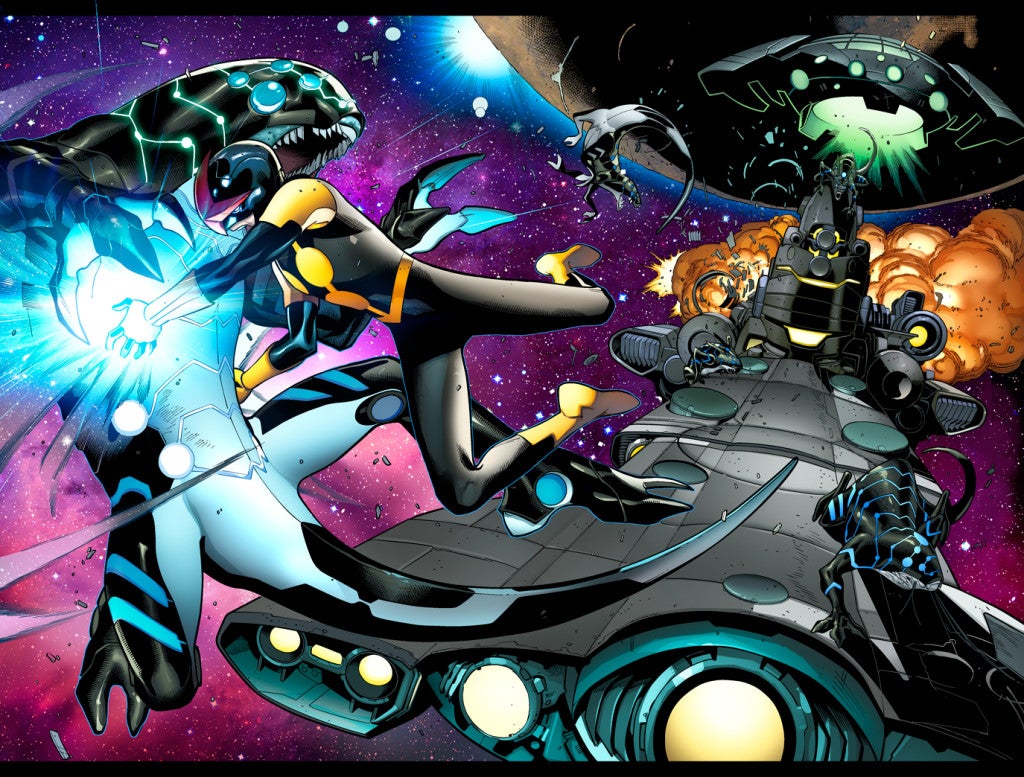 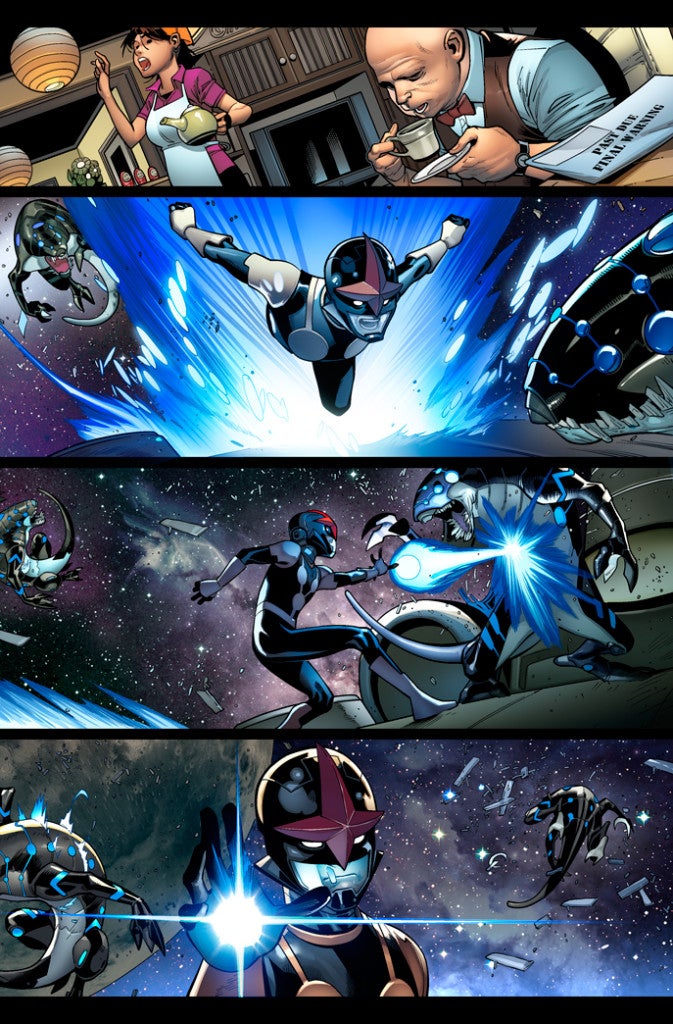