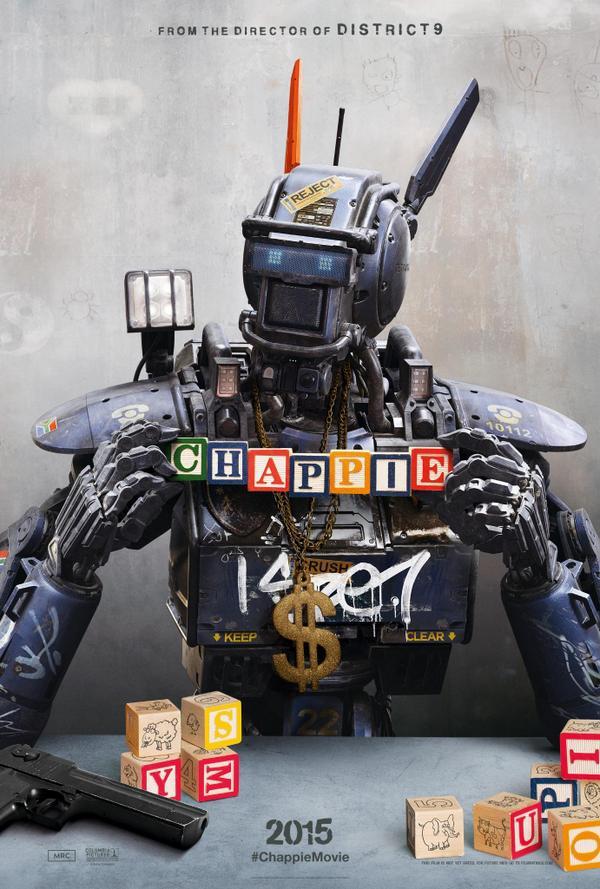 Currently in post-production, the film is set to be released on March 6, 2015. The movie stars Hugh Jackman, Sigourney Weaver, Sharlto Copley and Dev Patel.

After being kidnapped by two criminals during birth, Chappie becomes the adopted son in a strange and dysfunctional family. Chappie is preternaturally gifted, one of a kind, a prodigy. He also happens to be a robot.

The film was written by married duo Terri Tatchell and her husband Neil Blomkamp, the latter of whom is also directing the film. Blomkamp's other credits include Elysium and District 9.

A teaser trailer for the film is set to be released on Tuesday.

Promo Movie Poster Of Chappie Is Released By Columbia Pictures