It's only been over for about an hour, but Psych: The Musical was a great episode of Psych, even the fun and trappings of its gimmicks aside. Certainly among the once- or twice-a-season "theme" episodes that pay homage to the things the cast and crew of the series love, the Musical stands out.

How much so? Well, it makes the top ten anyway.

Here's the list of our personal favorite theme episodes. 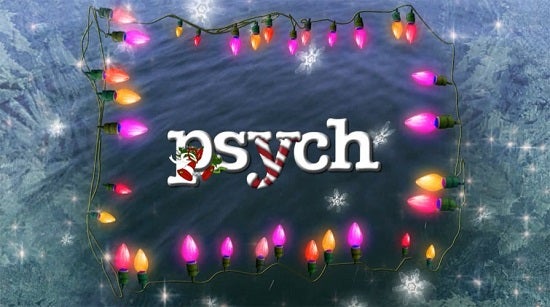 When Shawn's secret—and dozens of cases he's closed—are put at risk because he's caught on camera breaking into a suspect's office to gather evidence, a fight with his father drives him to an It's a Wonderful Life-style extended Christmas fantasy episode wrapped around the old A Christmas Carol trope.

The whole episode is worth watching just for Gus's The Cosby Show-inspired interlude. Also: Flashback Shawn appearing alongside real-life Shawn for the first time. 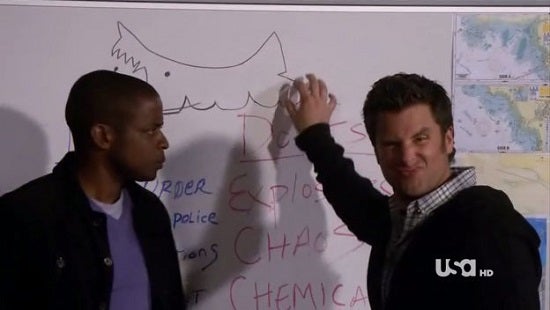 9. The Head, the Tail, The Whole Damn Episode

You think it's only Kevin Smith who can spend way too much time making Jaws references? Not at all! We had a great Psych episode that paid homage to the greatest of the giant shark movies, complete with a Quint-like performance by Battlestar Galactica's Michael Hogan. 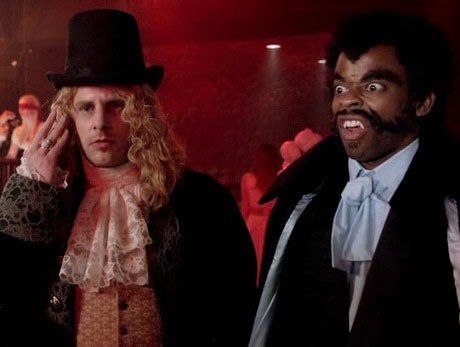 If there's a vampire episode with Kristy Swanson attached? Yes, please. And this one has the distinction that few other “theme” episodes do—really, just the John Hughes episode and the Alfred Hitchcock episode—of being really key to the future continuity of the show. Here's where Lassiter met his one true love... 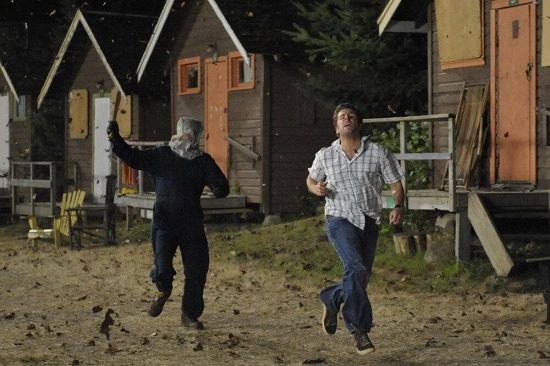 Directed by James Roday himself, this send-up of '80s slasher movies—and particularly of the Friday the 13th movies, obviously—is surprisingly effective as a horror episode, letting the jokes take a back seat to keeping true to the theme. It wasn't the first theme episode, but it was the first time that it felt like they had gone way out of their wheelhouse and it paid off for them. 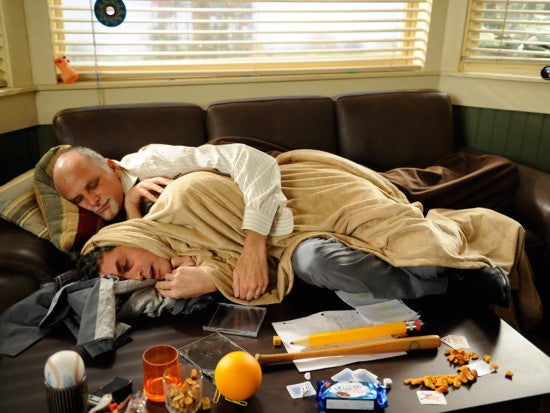 This send-up of The Hangover movies was great not because it was a Hangover episode—lots of people have tried those in recent years—but because it effectively got deeper as it went along, peeling away layers of confusion-addled stories like the Hangover films did, as opposed to just doing a bunch of drunk jokes and revealing everything in one shot as other series have done in their similar episodes. 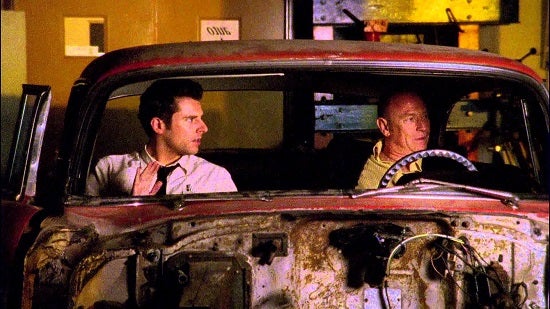 This one really took the whole theme episode thing to another level. Yeah, they'd done the telenovela episode and the singing competition episode...but sending up the John Hughes movie didn't just do so in a very general way, as those had,but got pretty specific, dropping specific references to Hughes movies into it and acknowledging in the dialogue just what they were doing. It graduated from being something that happened where the guys interacted with the television industry to something where the guys were actively invoking pop culture references.

“I think that probably was some kind of benchmark,” James Roday told me in an interview when I asked him if that was the case. “We sort of streamlined, and made what we do a little less obtuse. We realized that we’ve become such a I asked him if that was the strange little hybrid, cult show that we can get away with paying tribute to movies that we love and genres that we love and I think that probably did sort of come together around the time that we did that John Hughes episode. I think before that, the only thing we’d done that you could say was in that arena was our American Idol sort-of send-up. But then since the Hughes episode, we’ve done several so I’d say you’re probably right on the money with that.” 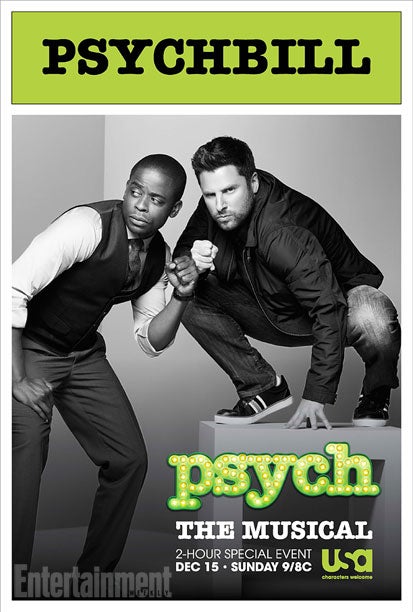 This is another one that took on continuity head-first and made a huge change to the show's mythology (we won't spoil it here), wrapping up a long-dangling plot thread in a way that was really satisfying dramatically.

It was also the biggest “event” the series had ever seen, which they carried off well, with the possible exception of “Dual Spires,” which we'll get to below. That earns it a higher spot on the list than perhaps it would have got just by being a strong episode and a lot of fun to watch. 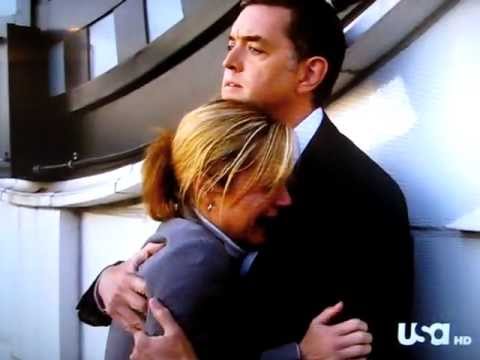 Also known as "The Hitchcock Episode," this is the second of part of the trilogy (now quadrology?) centered around Mr. Yang, her father Mr. Yin and her eventual replacement. Arguably the episode with the highest stakes in the show's history, Yin ran the gang through a gamut of Hitchcock-inspired traps and eventually put both Juliet and Shawn's then-girlfriend (first introduced in the John Hughes episode) in deadly peril (they had to up the ante after the first Yang episode nearly killed Shawn's mom).

The episode ended on an enormously effective emotional note, one that made it an instant fan favorite, even if it didn't necessarily feel representative of the show in some ways.

"I would never sit someone down who didn’t know what Psych was and put the Hitchcock episode in front of them because I think it would be creating false expectations," Roday told me. "But it is something that I would say, 'Look, a couple of times this season, you definitely get this.' And that’s all the more reason, I think, to tune in because I don’t know how many other shows right now are doing things like paying tribute to Twin Peaks but my guess is not many." 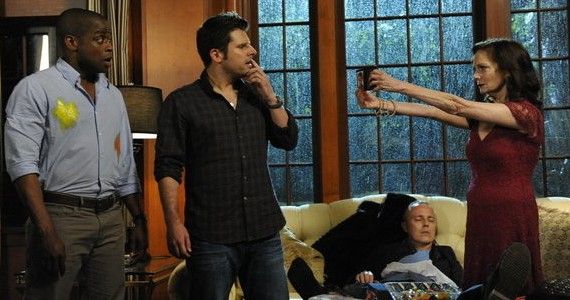 If there was one "theme" episode that felt really effectively like a Psych episode, it would be this one. Having seen/read nothing about it ahead of time, it actually took me a while to figure out that it was a riff on the movie Clue. It was a great one, though, and that movie lends itself to this kind of thing. A thing of beauty. Watch it! 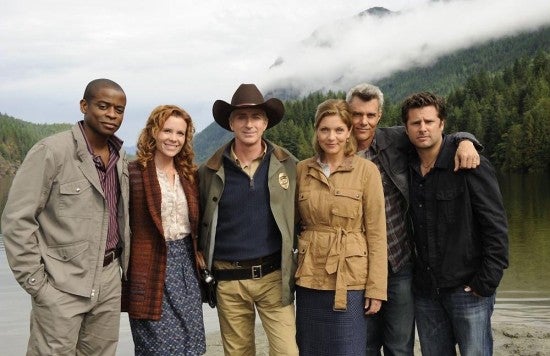 This was a beautiful episode; not only did they turn out one of the series' best episodes, and not only did they do so while paying tribute to Twin Peaks in spectacular fashion--but about half the cast of the original series came along for the ride. Laura Palmer was the murderer! Leland Palmer helped them solve it! There were owls! Chocolate bunnies! You could watch this episode ten times and not get every reference.

"Yeah, we couldn’t do it without the Log Lady! She’s awesome," Roday said. "Catherine Coulson is her name and she still has the log. She even offered to bring the log with her, but as you’ll see in the episode everything is just a little bit off. We didn’t want to do anything that was a direct carbon copy of the show; we kind of wanted to put our own spin on just about everything. So we didn’t use the actual log, but we did use the Log Lady and I believe she’s credited as 'The Woman With Wood.'"

WWE Hell in a Cell: Latest Update on Show's Lineup