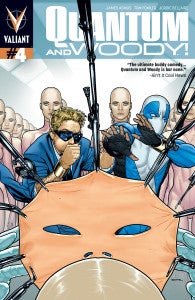 Valiant Entertainment released a preview earlier today of Quantum & Woody #4, due in stores next week from writer James Asmus and outgoing artist Tom Fowler. The issue features the first appearance of...The Goat! That's right--in spite of having appeared on all of the first issue's variant covers, the iconic Goat finally appears this month, and Asmus promised us during San Diego Comic Con International back in July that the issue would be worth the wait. "In the original series, the goat didn't come in until issue three or issue four but quickly became such a defining element of the book. I still think it's a really brilliant element to give people a sense of what kind of book it is. When you say 'One of the main characters is a goat,' it gets you a lot closer to understanding it in a fast way," Asmus told us. " So yeah–that was another thing where I didn't want to rush it. I know it's something people are really excited for but for me, hopefully that will on the cynical side keep some people who are on the fence around until the goat shows up. I'm very forthcoming about issue four–the goat makes his presence known in a really big way. We at least jump right into the deep end once he's there." Check out the preview pages and solicitation text below. QUANTUM AND WOODY #4 Written by JAMES ASMUS Art by TOM FOWLER Cover by RYAN SOOK (AUG131486) Valiant Level Two 8-Bit Variant by DONOVAN SANTIAGO (AUG131487) Goat Variant by ROB GUILLORY (AUG131488) $3.99/T+/32 pgs. At last, Quantum gets the drop on the mysterious force behind his father's death! Plus, the staggering first appearance of a little character we like to call…the Goat! Bitterly divided and hopelessly outgunned, Quantum and Woody are getting torn apart! Literally! Can they get their #$@% together before being shredded to atoms by the mysterious Crone and her super-science foot soldiers?! Probably not. But when a new ally emerges from the shadows, they'll find the strength to fight baaaaack. 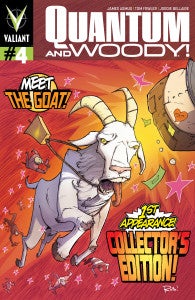 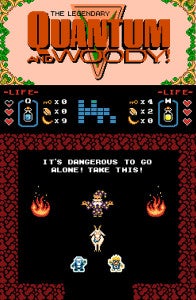 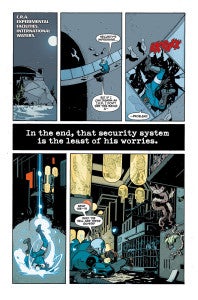 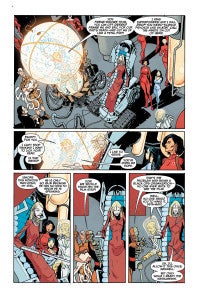 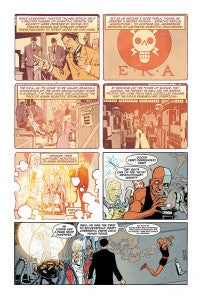 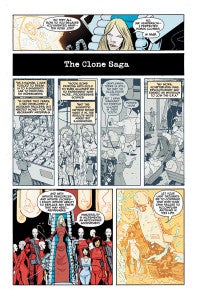 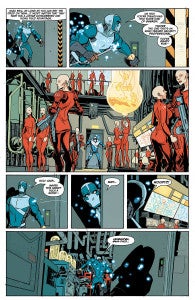 Quantum & Woody #4 Brings the Goat to the Valiant Universe