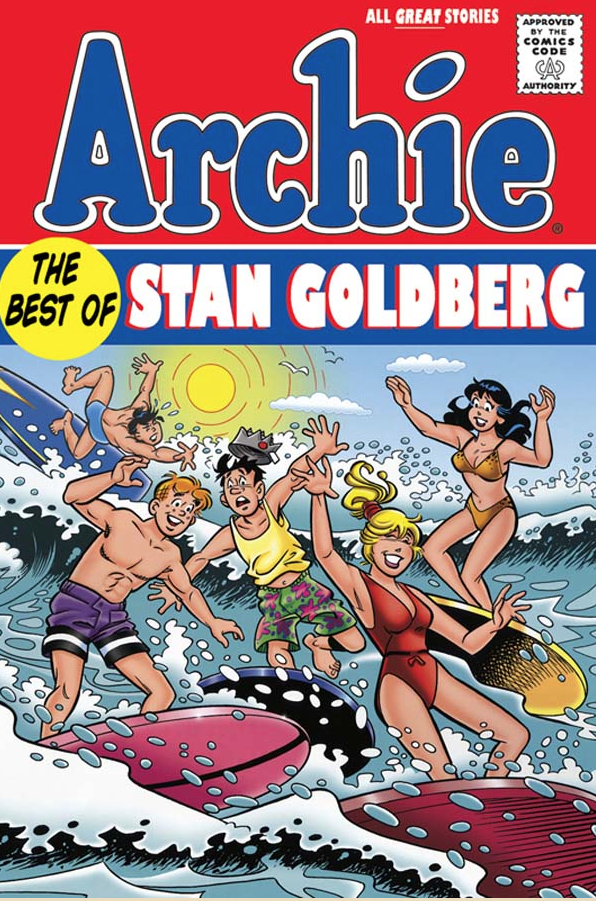 Goldberg started his career in the late '40s, working with Timely and then Atlas Comics, the predecessors to Marvel. He continued to work for Marvel until 1969, working with such luminaries as the late Jack Kirby and Spider-Man co-creator Steve Ditko.

He's most widely recognized for his work at Archie, a relationship which lasted for forty years before ending abruptly (and apparently without explanation to Goldberg) in 2010. During that time, he drew thousands of pages, including some of Archie's highest-profile projects. he also worked on projects like Millie the Model for Marvel and Swing with Scooter for DC, sometimes uncredited as Evanier explained that Archie didn't appreciate their freelancers working in the "Archie style" at other publishers. 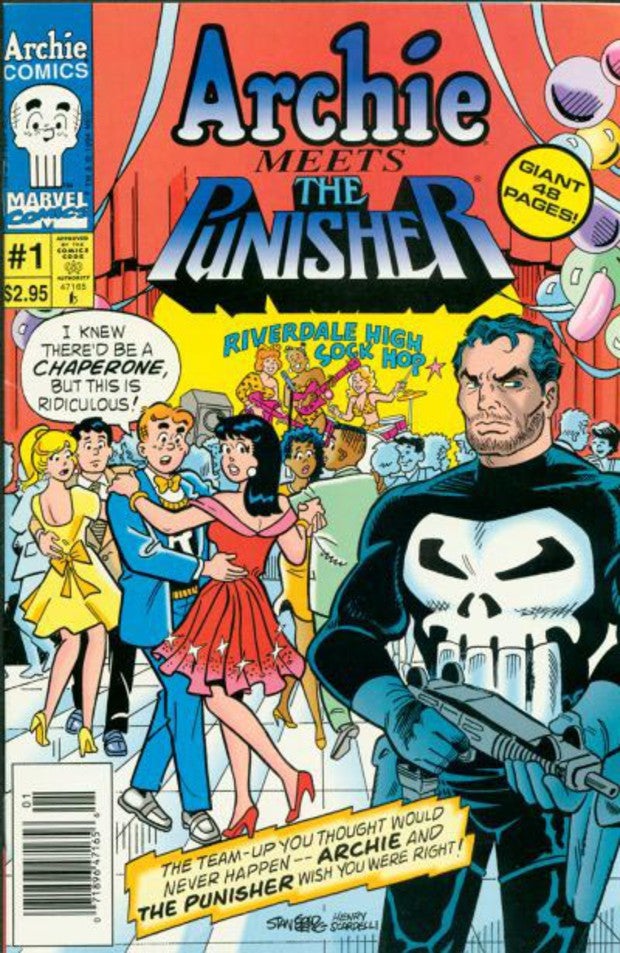 Arguably the most instantly recognizable Goldberg cover is at right: the Archie Meets the Punisher crossover.

In the early '80s, Goldberg worked on DC's Captain Carrot and the Amazing Zoo Crew and in the last few years, he had done variant covers or short stories for Marvel (FF #1 in 2011) and Bongo Comics (including an Archie parody in Bart Simpson), among others.

In 2012, the National Cartoonists Society presented him with its prestigious Gold Key Award. He was also the recipient, nearly ten years before, of an Inkpot Award at San Diego Comic Con International.

Goldberg reportedly passed away due to complications from a stroke he suffered just over two weeks ago. He had recently re-entered the comics  community after what Evanier calls a miraculous recovery from injuries sustained in a 2013 auto accident.

"Stan was a cartoonist for most of his life and a more devoted one, you could never find," wrote Evanier. "He was also a charming man who was always willing to talk about his days as Marvel's star colorist or the many decades he spent drawing Archie and other comics in much the same style. The number of pages he produced in his lifetime was staggering."

Dragon Ball Super: What is the Name of Vegeta's New God Form?