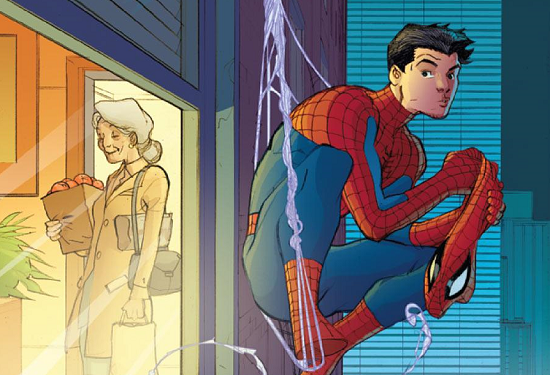 David Morrell, the best-selling author and creator of Rambo whose long-delayed, two-part Spider-Man story with Klaus Janson will conclude today in The Amazing Spider-Man #700.2, took to Facebook this morning to express disgust with the way the story was treated by Marvel Comics and to say that he's finished writing comics altogether after a "disappointing" experience that turned out a "terrible" version of his story. "Bad news about the second part of my Spider-Man: Frost comic-book series," Morrell wrote to Facebook. "Someone at Marvel changed my captions, added weak jokes, repeated captions, deleted captions from panels that needed them, and inserted one caption that contradicts the theme. When I saw this early version, I sent three pages of corrections to Marvel. I was assured that my changes had been made, but for whatever reason, the terrible version got printed, destroying the poignant tone of part one. What a pity. This could have been a gem." Some of his readers, more familiar with his novel work, were understandably puzzled as to how this might happen. Morrell explained to them the work-for-hire model of mainstream comics, where the publisher has the final say over the content. Changes such as these are not uncommon in mainstream comics, particularly among writers who are either young or new to the medium. Many writers have told similar stories over the years about both Marvel and DC Comics. 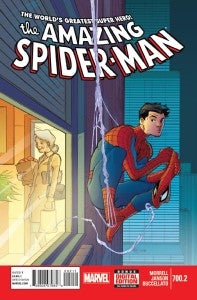 "This has been such a disappointing experience that I'm finished with writing in this form," he told a fan in the comments thread below the original statement. "It's an exciting medium. The scripts are detailed, almost like movie scripts. My goal was extremely high, to make readers actually believe in the characters. The first part was poignant and moving, I thought. Now part two starts with weak jokes that destroy the continuity. One page even has the same caption in two consecutive panels." By way of trying to make it right for those who shelled out for his story, Morrell is doing what he can for those in his area. "People who ordered the series from my local comic-book store will receive the three pages of correction that I sent to Marvel, along with my 4-page essay about writing comic books," he said. "Perhaps these will compensate for any disappointment you feel when reading part two." ComicBook.com reached out to Marvel Comics for comment, but has not yet heard back. If a comment is forthcoming, the story will be updated. Morrell previously wrote Captain America: The Chosen for Marvel Comics.

WWE SmackDown: Raquel Rodriguez and Aliyah Move to Next Round of Women's Tag Team Titles Tournament

One Piece Debuts Special Opening in Honor of New Film