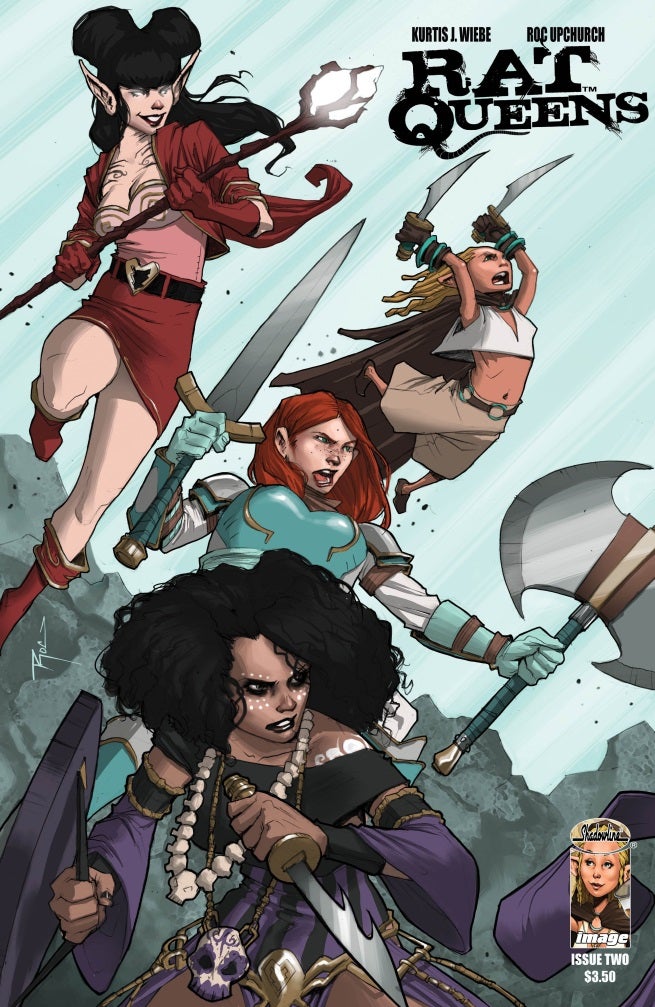 Kurtis J. Wiebe and Roc Upchurch's irreverent fantasy comic Rat Queens is being adapted into an animated series by Pukeko Pictures and Heavy Metal (via Variety). Pukeko Pictures is no stranger to the fantasy genre, having working on The Lord of the Rings and The Hobbit film trilogies.

Rat Queens follows the adventures of an all-female group of fantasy adventurers described as "booze-guzzling, death-dealing battle maidens-for-hire." Though they live in a medieval world, Hannah, Violet, Dee, and Betty have very modern attitudes, evidenced in the first collected edition's title, "Sass and Sorcery." The comic is an expert blend of humor, action, adventure, and strong, likable characters.

Heavy Metal plans on producing a 30-minute Rat Queens pilot to pitch to networks. Rat Queens is the second of Wiebe's creations being adapted by Heavy Metal. Peter Panzerfaust, a series that takes Peter Pan out of Neverland and lands him in World War II Europe, is being developed by BBC Worldwide. Both comics are published by Image.

Rat Queens Volume 1: Sass and Sorcery is available at comic shops, bookstores and digitally through Comixology.