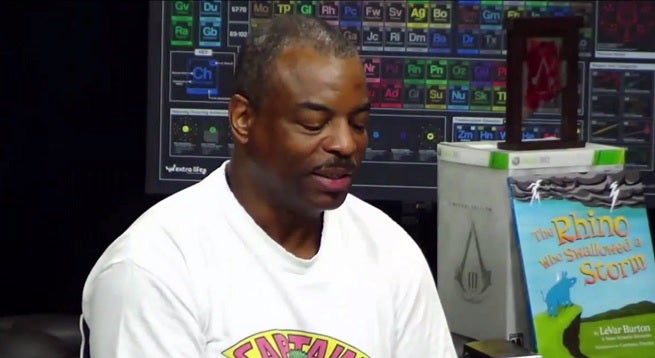 We're going to leave it right here for you, because it's a thing of beauty.

Of course, this is not safe for work. You should probably figure that out by the title.

During the day-long event, more than $240,00 was raised for Children's Miracle Network hospitals.

The book was released in 2011 and became an instant sensation; Marvel's The Avengers star Samuel L. Jackson performed the audiobook version, which is one of Audible's most-downloaded titles ever.

Reading Rainbow and Star Trek: The Next Generation's LeVar Burton Reads "Go The F--k To Sleep"