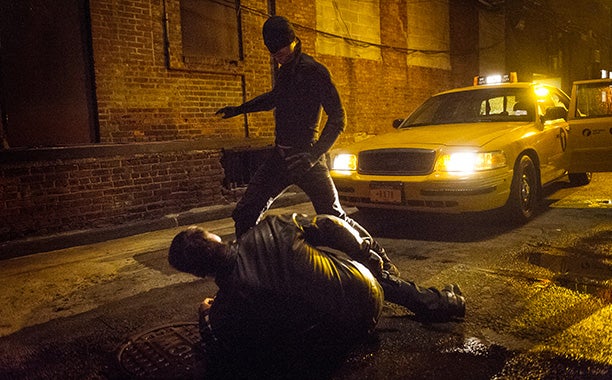 Entertainment Weekly has confirmed that Daredevil will eventually wear his iconic red costume in the Netflix series set to debut in 2015.

The first images of Daredevil in action have featured a much simpler, black costume inspired by Frank Miller and John Romita, Jr.'s Daredevil: The Man Without Fear miniseries, and showrunners have, up to now, not commented on whether the "real" Daredevil costume would eventually appear in the show.

Here's what they had to say about it: 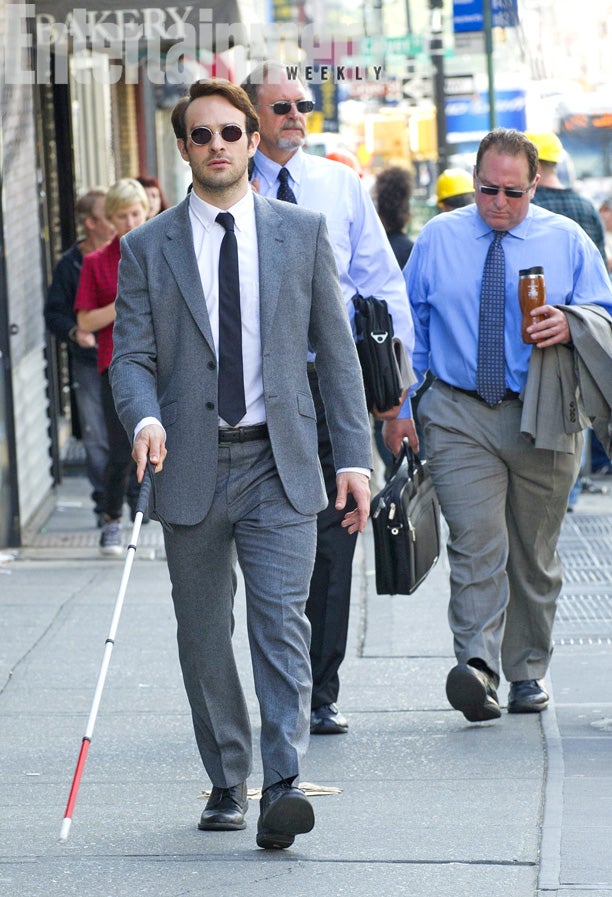 The ‘devil will eventually get his iconic red costume, but first he’ll wear the black duds seen here—inspired by Frank Miller’s graphic novel Daredevil: Man Without Fear. For Cox, the biggest challenge was deftly navigating Murdock without using his eyes. Simple things like making breakfast or getting dressed suddenly become trickier than fighting bad guys. “Like, I put on a shirt but I can’t look where the buttons are, because Daredevil wouldn’t know where the buttons are. But I also can’t fumble,” Cox says. No pressure, but another thing you’re not allowed to fumble: Marvel’s winning streak.

They also released better-quality copies of the photos that appeared in this week's print issue of the magazine. You can see those above and at right.

Marvel's Daredevil is coming to Netflix in 2015.