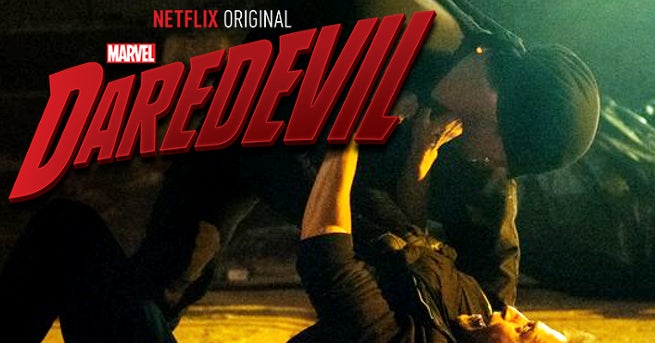 With just a month separating us from Netflix’s Daredevil debut, Marvel has released another trailer for the hotly-anticipated series. In classic Marvel fashion, the new trailer came packed with great Easter Eggs and references to the larger Marvel Cinematic Universe.

Below, we flipped our radar sense on to find the best winks and acknowledgments showing that while Daredevil may be taking a street-level approach to superheroics, it is still very much a part of the Marvel Cinematic Universe.

Is That Avengers Tower? 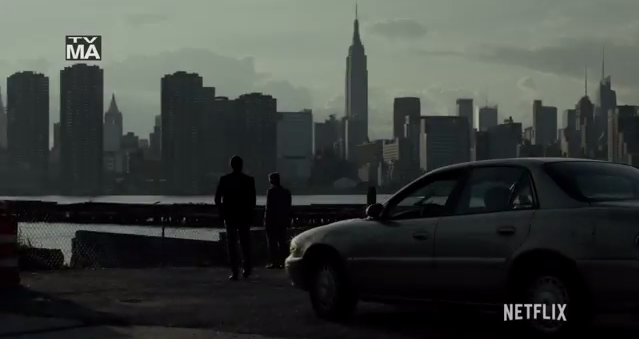 The trailer’s opening shot of New York City’s skyline show a tower that looks strikingly close to Tony Stark’s headquarters for the Avengers. On the far right of the photo below, you can see a tower with an extremely tall spire jutting out from it. And as we know from the Avengers, the tower isn’t terribly far away from the Empire State building, which is also included in the midtown skyline shot below. It’s no guarantee, mind you, but it’s enough to give us hope that Avengers tower will hold a presence over Hell’s Kitchen.

Nelson and Murdock: Attorneys At Law 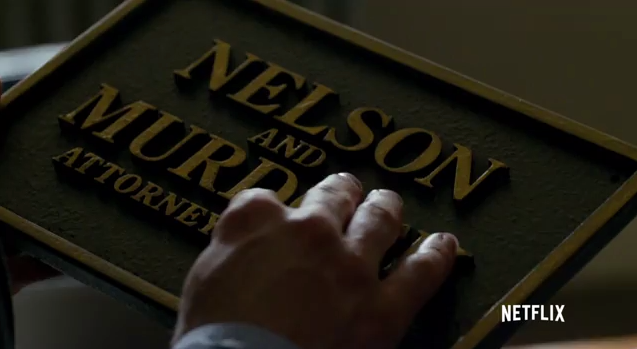 Early into the trailer, Matt’s best friend and partner Foggy Nelson runs his hand over a freshly minted sign reading “Nelson and Murdock: Attorneys at Law.” As Daredevil readers know, Nelson and Murdock is the law firm headed up by the two lawyers. We always assumed that the famed firm would eventually make its way into the Marvel Cinematic Universe, but since the first season is an origin tale, there was no guarantee that Matt and Foggy would officially open their doors in the initial 13 episodes.

In a blink-and-you’ll-miss-it moment, we saw a clip of a young Matt Murdock clutching his eyes in agony on the streets of New York. Lying next to a vat of spilled chemicals and an overturned truck, it's clear that the series will show exactly how Matt Murdock inherited his radar senses.The moment is a defining one in Daredevil’s life, and is often referenced in the comics as a day where Matt’s world transformed him into a different person. 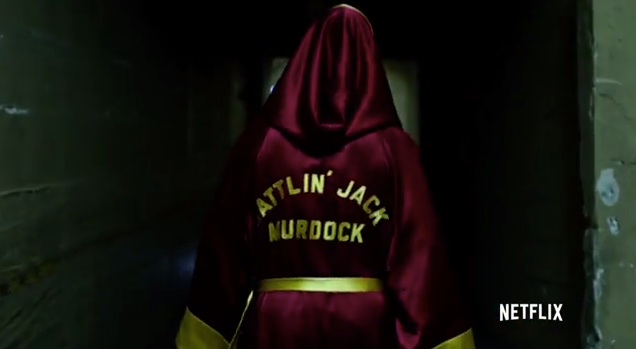 Speaking of the past, the trailer showed another definitive staple in the Man Without Fear’s origins—His father, Battlin’ Jack Murdock. Radioactive poison may have given Murdock his powers, but it was Battlin’ Jack who shaped Matt into the righteous man he would one day become. As a professional boxer, Jack pushed Matt to become a scholar so he’d never have to be a “punching bag,” like himself in order to make a living. It was through Jack’s strong conviction that Matt truly became a “Man Without Fear.” Hopefully, the series will revisit Jack even after Matt’s initial origin is told. Through flashbacks sequences, he could serve as a strong, if internal, moral compass for Matt as he grows into his alter ego.

Suits and Hammers Make The Man

In the trailer’s closing moments, a man makes the wry—if rather obvious—statement that cleaning up Hell's Kitchen would be a lot easier if its guardian devil possessed a magic hammer or enhanced suit of armor. Or at the very least, he wouldn’t get his butt handed to him so quickly. That unnamed figure is none other than Wesley, The Kingpin of Crime’s right-hand man. The character was introduced during Frank Miller’s acclaimed Daredevil run in the eighties, doing Wilson Fisk’s necessary legwork in story lines like "Born Again." And of course, his comments are a direct reference to Avengers members Iron Man and Thor, who could probably use their godly abilities to fix the Kitchen before lunch.

Did you catch any other Marvel references in the Daredevil trailer? Let us know in the comments below.