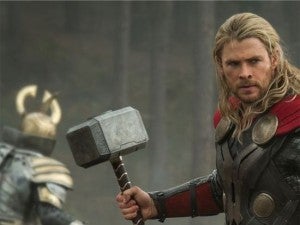 Following in what looks like is becoming a tradition with Marvel Studios movies, Regal Cinemas has announced a Thorsday marathon to celebrate the upcoming release of Thor: The Dark World.

In a post on their official Facebook page, Regal Cinemas wrote, "Hey Thor fans! Now would be a good time to book yourself a 'dentist appointment' on THORsday November 7 for the one-day only 'Thor Marvel Marathon' of Thor, Avengers and Thor: The Dark World all in 3D!"