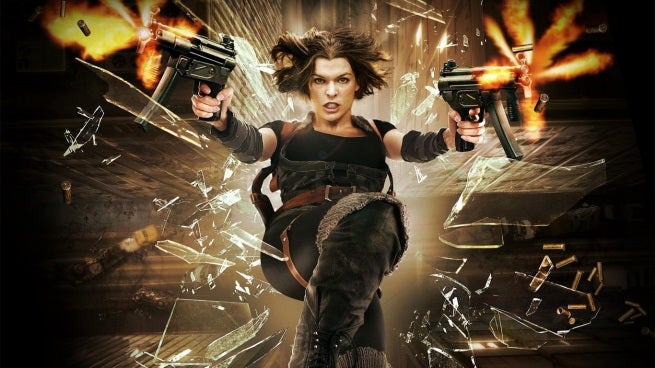 Director Paul W.S. Anderson has revealed that the next installment of the Resident Evil film franchise will be its last. In fact, it's all right there in the (working) title.

"Resident Evil: The Final Chapter is the working title," Anderson tells Collider. "It may end up being the final title, but that's what's written on the front page of my script… I'm right in the middle of [the first draft]."

Anderson couldn't confirm when filming would begin on the project, largely due to the script still not being complete.

"There are no set dates for shooting yet.  I think we're waiting until we have a first draft screenplay and then go from there," Anderson said. "I don't know [when it will be in theaters], depends how fast I write, I guess.  There's no set date yet but hopefully we'll have an announcement for that soon."

Anderson did confirm that Resident Evil: The Final Chapter would be filmed in 3D and that he is taking that into consideration during the writing process.

"I firmly believe that you have to start thinking about the 3D even in the writing process," he said. "You cannot make a great 3D movie by just—it's not some special sauce that you can sprinkle on.  You make the dish and then you make hot sauce on top—it doesn't work well like that.  Yes, you can do a last minute conversion.  You can not shoot the movie thinking about 3D and do a last minute conversion and it can be a 3D movie, it's just not gonna be a great 3D movie.  I approach my films right from the inception, I kind of write action scenes and pick out locations that I think and know—because I've done so much of it—will translate very well into 3D.  Then when we build the sets, we build sets that I know will shoot well in 3D.  It's really, even from this point, 3D is something I'm definitely thinking about."

Resident Evil is a film series loosely based on the survival horror video game series of the same name. It centers on a woman named Alice, played by Milla Jovovich, and her fight against the Umbrella Corporation. The latest installment was 2012's Resident Evil: Retribution, which saw Alice joining up with a resistance movement to fight both Umbrella and the undead.

Resident Evil 6 To Be Last Film In Series, Tentatively Titled The Final Chapter