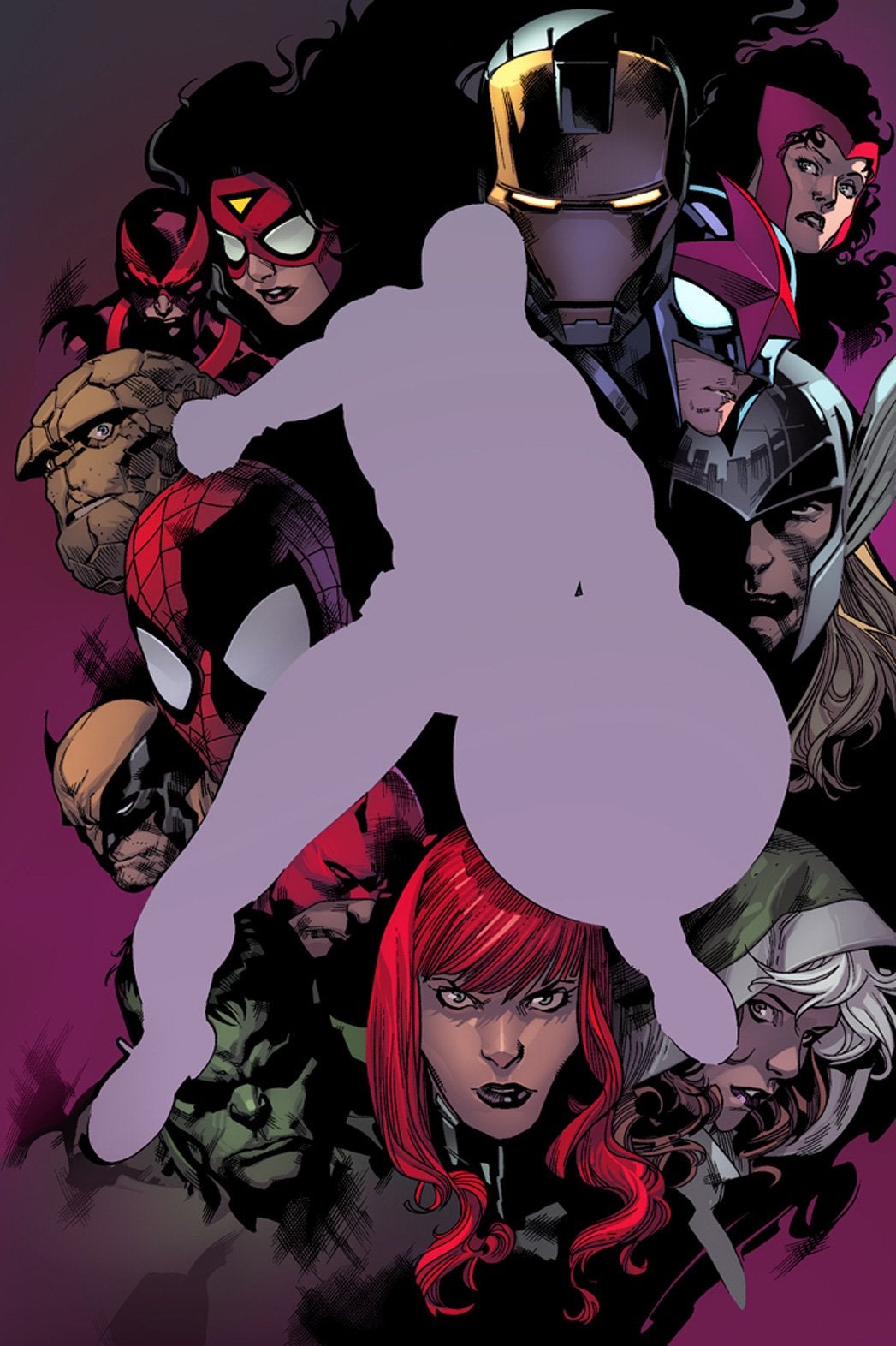 Captain America #25 opens on a high note with big drama (literally) falling from the sky. Those first few pages are the best part of what turns out to be a very uneven comic book.

The narration and imagery over the first three pages work to establish why Sam Wilson is a heroic figure after he seemingly gave his life to protect New York City at the end of Captain America #24. Steve Rogers thinks about his friend and builds a case for Sam as a leading man. This works in combination with a series of steep vertical panels revealing Sam’s descent from the skies. Carlos Pacheco and Stuart Immonen do an excellent job of creating drama in his fall, even though most readers will already be familiar with the outcome. I found myself with a lump in my throat, even being aware of the announcement that Sam Wilson would be the new Captain America. It’s that focus that dominates the entire issue and results in Captain America #25 reading like a collection of vignettes about the future, rather than a coherent conclusion to the series.

Pacheco and Immonen’s work throughout the rest of the issue feels somewhat rushed. Captain America #25 comes with an extended page count and is loaded with characters. Many personalities don’t receive the detail or attention necessary to contribute to the story. They fill the background like cut outs; they are there because of the scope of the tale, but not to serve a purpose. Small errors seep through as well. Sharon Carter’s age seems inconsistent between panels as lines are added or subtracted from her face. Sunfire moves back and forth between two different costumes in three adjacent panels. There are some lettering errors as well; Hawkeye is assigned a speech bubble designed for Iron Man when off panel.

The drama and tone of the story is often inconsistent as well, moving between the fallout in Central Park to a celebration at Avengers Mansion, neither of which function very well. A sequence involving Jet Black in Central Park feels forced. The manner in which other characters treat her and the ease with which she defies every Avenger are inconsistent with the internal logic of this story. It’s particularly disturbing that nobody comes to her defense when she is accused of treachery, especially Sam. It’s a moment that makes the heroes of this story seem deeply unheroic, as they act as willing accomplices in what is essentially victim blaming.

The sequence at Avengers Mansion tries to replace this drama with levity and fails. Four pages of jokes all feel forced and go from being unamusing to aggravating very quickly. The only notable part of this sequence is when Sam Wilson is revealed in his new costume. It is a spectacular page and he makes the only funny joke in the comic, one that winks at the reader and almost had me in tears.

The story jumps once again to an epilogue that further attempts to establish what All-New Captain America will be about. It’s an exciting preview, one that takes advantage of foes from the under-read Winter Soldier: The Bitter March mini-series. Yet it still functions as a preview for a new release, not as part of the current story.

Captain America #25 is very similar to last week’s Thor: God of Thunder #25 in that it works so hard to set up the next big thing that it fails to be its own thing. Remender is so interested in pitching All-New Captain America #1 that he fails to effectively conclude the story he’s written so far. Both of these issues mark the end of highly successful and much lauded runs, but fail to live up to the standards they established for themselves.