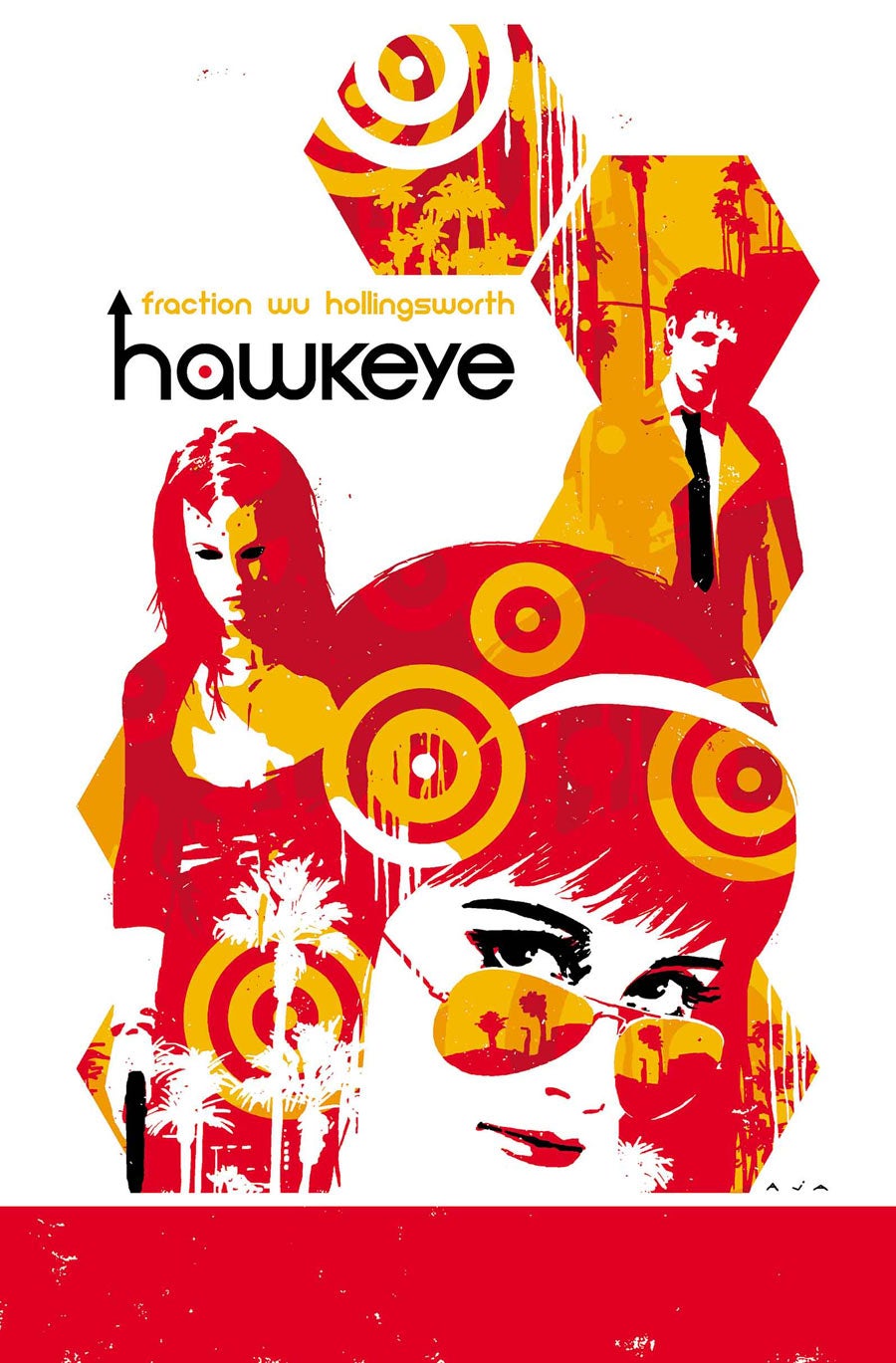 That may sound a little odd, but this is a comic that requires at least two readings to understand. It's not that the comic is poorly assembled. Everything that Matt Fraction and Annie Wu do here is purposeful. But it is the conclusion to a story that is steeped in West coast detective fiction and noir. Being a part of that mythology means that at some point it needed to jump into the metaphorical deep end and make ample use of non-linear story telling and framing devices. That point is now.

Hawkeye #20 starts at the ending, but that's not clear until the story catches up with it on the very last page. It shifts throughout its timeline constantly, teasing hints of what is to come, jumping into new sequences, and then backtracking to provide necessary exposition. Not only does the issue build upon itself in interesting ways, but it connects the dots of the previous issues set in L.A. Everything comes together in a nice and neat (well, not so nice) package here. It's an exciting read, but one that will require the reader be fully engaged.

The execution of this issue is a testament to Wu's skill as a storyteller and designer. Wu relates the changes in time and place by tracking a variety of details. Kate's appearance and outfit are constantly shifting and therefore providing visual shorthand as to how the various sequences connect. Without Wu's keen eye for detail, the complex script could have easily become incomprehensible as a comic.

Hawkeye #20 really resonated with me as a fan of detective noir in its conclusion. It captures the mood of a Raymond Chandler or Dashiell Hammett story. Everything has been explained, but not everything is okay. The system is broken and the people in it are corrupt. These are maxims of noir and hold true here. Kate tried to be a good guy, but there's no big victory. She's been on a rough trail and the ending doesn't fix everything. It doesn't fix much of anything at all and even calls out a similar sense of desperation at the end of Chinatown, a true noir classic.

James Ellroy captured that same mood in novels like White Heat, but moved further towards nihilism. Fraction and Wu opt to take a different route when exploring a deeply flawed world. They present the outcomes as they are with no room for romanticism, providing a sense of hope in the relationships formed along the way instead. Kate's relationship with her neighbors and Clint are what ultimately provide momentum to this conclusion. Hawkeye #20 doesn't pretend that everything will be okay, but it allows that fighting to make things better is still preferable to doing nothing at all.

Kate's adventures in Los Angeles have been a thrilling interlude. They've managed to both maintain the overall tone of the comic, while telling a story that is entirely its own. It gave Fraction an opportunity to explore detective noir (in addition to his work on Satellite Sam) and Wu a chance to show off her design skills. This story has been outrageously fun and surprisingly potent, but it has come to a close. Now it's time for Hawkeye to do the same.