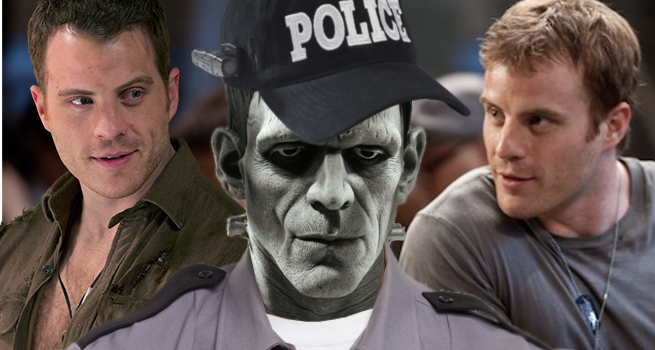 Rob Kazinsky has landed the reanimated monster role in Fox's untitled Frankenstein police-drama, according to The Hollywood Reporter.

In the upcoming television series, Kazinsky will play Pritchard, a retired, morally corrupt police officer that died and was brought back to life. Now in a younger body he has to decide if he'll use his second chance a life for good or if he'll go back to his old ways.

The character is further described as athletic, strong and handsome; the Frankenstein "monster" who is the reanimated version of a much older Pritchard, a former Marine and county sheriff who was recently murdered. Brought back from the dead, Pritchard may have a new body, but his mind is still that of a 75-year-old badass curmudgeon. - THR

Kazinsky is best known for roles in Pacific Rim and HBO's True Blood. He also has a role in Duncan Jones'  Warcraft film. His other cast mate is Rules of Engagement's Adhir Kalyan, who is playing one of Frankenstein's creators, Otto Goodwin.

The pilot is being written by Life's Rand Ravich and Homeland's Howard Gordon.