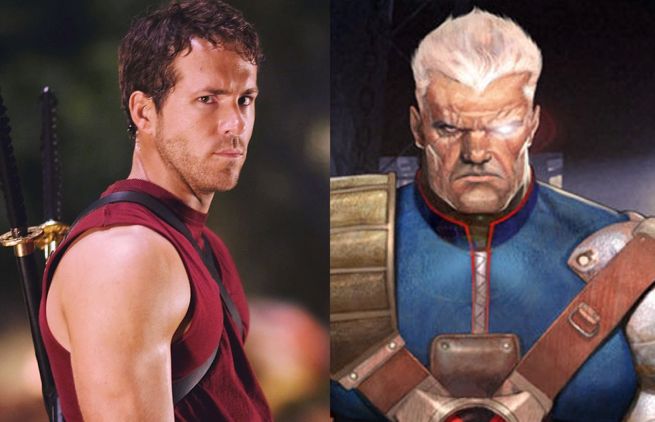 During an appearance at Comikaze 2014 this weekend, Deadpool co-creator Rob Liefeld talked briefly about the upcoming Deadpool movie. He also addressed the possibility of Cable appearing on the big screen.

Note: Friend of the site and Lionforge Comics writer Jonathan London moderated the panel in question, and shared the code to embed the full panel's audio with ComicBook.com:

Liefeld said, “Following Wolverine 2009, the Donners called me into their office and said, ‘Rob, we want to meet and talk to you about Deadpool, since we’re spinning it off. We know we made some missteps, and we want to get it right.’ So I sat there with a bunch of producers, and we sat for several hours, and we talked about different ideas. And I tried to steer them in directions I think. For instance, I’ll tell you, first question they said, ‘Rob, does Cable need to be in the Deadpool movie?’ And I said, ‘No, Deadpool deserves his own function and Cable should come in in his own movie.’ And they were like, ‘Ok, because we were thinking about…’ And I was like, ‘No, you can do them both separately. They don’t need to be in the same movie.’ Look, we had a long talk, we had some ideas, I can’t share them, some of them made it across the finish line.”

Liefeld continued, “And then, they were brilliant and hired the Zombieland writers. Those guys are fantastic. I went to see Zombieland like five times in the theater. I was like, ‘This is genius.’ And the Deadpool script is fantastic. Three years ago, the director Tim Miller, he came to me four years ago, three years ago he goes, ‘Rob, I want you to come up and see what we’re doing.’ And he showed me all the pre-prep work. And then, Ryan Reynolds is pulling up to film this scene that day. And I’m like, ‘Oh, my gosh, what is happening?’ Cut to that footage is in the locker for three years…three years, and god bless whoever leaked that. Whoever leaked it and goes to jail, we need to cheer them. That movie is happening, as that guy goes in cuffs, because the Fox guy told me, ‘Rob, we have computer forensics. We will find that person.’”

When asked if Ryan Reynolds would be Deadpool, Liefeld responded, “Ryan is Deadpool. Look, Ryan Reynolds, he’s gone through that same career arc, the guy is ridiculously talented. He has a huge, huge passion for Deadpool. Deadpool’s not happening, because he was a giant star, they said, ‘Ryan, what do you want to do?’ And he said, ‘Deadpool.’ That’s why it happened. They would have no faith otherwise. That movie is because of his passion. He put together the team.”

In regards to the incredible trailer, Lieifeld said, “That’s nothing of what you’re going to see.”

For his part in the film, Liefeld seemed to indicate his work was pretty much done, as he’s not the one filming it. As far as if he will have a Stan Lee style cameo, Liefeld indicated he’s still up in the air over whether he will do one or not.

And even though Liefeld said that he told the producers that Cable didn’t need to be in the Deadpool movie, he did say in another part of his appearance that Cable is heading to the big screen.

“Cable is awesome,” said Liefeld. “And he will…when he appears on screen, we’re all going to nerdgasm, because he’s coming. They can’t hold him back. He’s coming.”

As far as if he’s coming in his own solo movie or as part of another X-Men movie like X-Men: Apocalypse, fans will evidently have to wait and see.