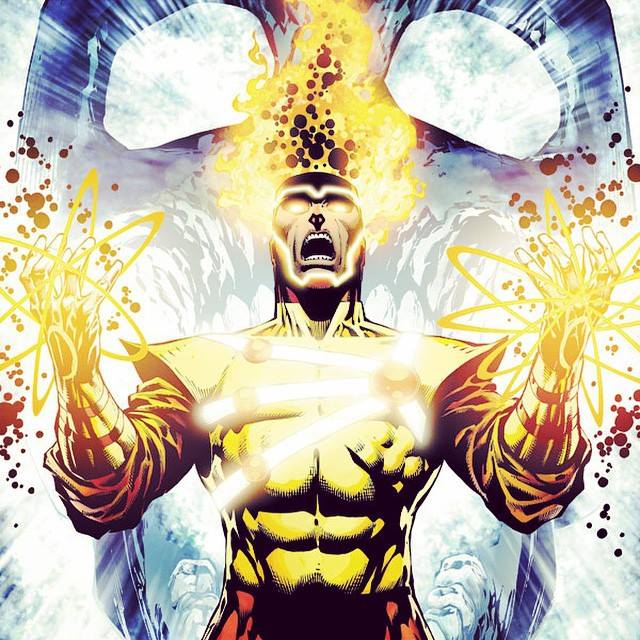 Will tonight's episode of The Flash give fans their first look at Robbie Amell as Firestorm? If the actor is to be believed, it certainly sounds like it.

"You don't want to miss tonight's cross over ep of #TheFlash/#Arrow," the actor just posted to Facebook. "Especially not the end."

The caption came along with the image above, featuring Firestorm, the superhero composed of Amell's character Ronnie Raymond and one other individual -- usually either Professor Martin Stein or fellow student Jason Rusch. Both of those characters have been cast for upcoming episodes of The Flash.

Amell recently posted a photograph of himself with veteran actor Victor Garber, who plays Professor Stein on the series, in which both actors were wearing the same outfit and Amell's was burned and stained.