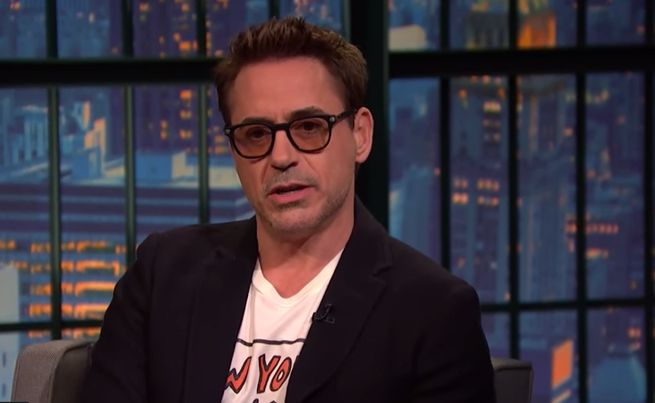 In an appearance on Late Night with Seth Meyers, Robert Downey Jr. talked about his experience at Comic-Con.

“I feel like I’m the mayor of Comic-Con,” said Downey Jr. “My normal life seems incredibly dull and passive. But when I’m at Comic-Con, I’m a deity.”

Seth Meyers also lightly broached the subject of future Iron Man movies. Meyers suggested, “I know a lot of people are talking about an Iron Man 4, but I think let’s go right to 5. That would blow their minds. You do Iron Man 5…”

Downey Jr. interrupted, “And then, they’ll really want 4, because they missed one. My God, we’ve got it.”

Robert Downey Jr. Feels Like The Mayor Of Comic-Con