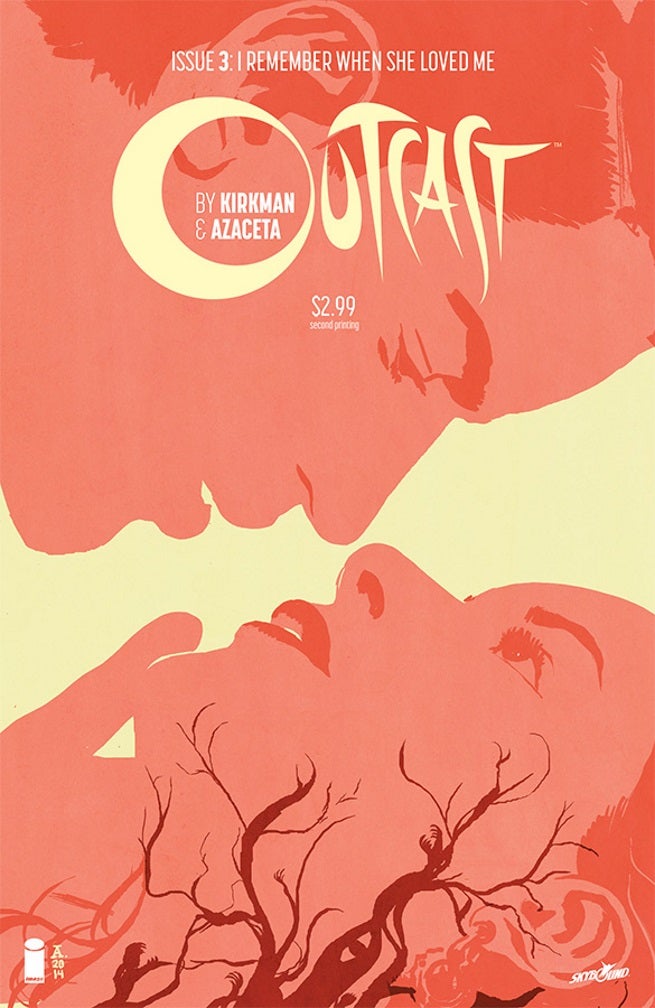 Outcast #3, by The Walking Dead creator Robert Kirkman and artist Paul Azaceta, has sold out and been sent to press for a second printing.

The new horror series, published by Image Comics, seems to be a hit with fans, and Robert Kirkman and Fox International Channels announced during San Diego Comic-Con that Cinemax has green-lit the pilot for the Outcast television series, with more details coming soon.

Outcast explores demonic possession and exorcism while telling the story of Kyle Barnes, a man with a burdensome gift. In issue #3, details of Kyle's life, in the time before he returned to Rome, West Virginia, are revealed... as the danger from all around him intensifies.

Outcast #3 remains available for purchase across all digital platforms, including the Image Comics website and iOS app, and Comixology's website, iOS, Android, and Google Play apps.

This second printing of Outcast #3 (Diamond Code JUL148428) will be available on September 24.