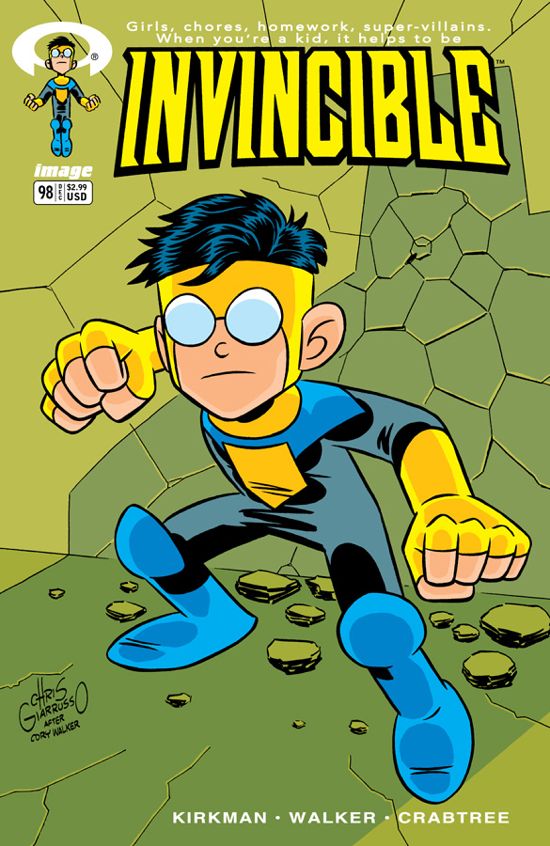 In order to celebrate the twentieth anniversary of Image Comics, numerous Image titles published in 2012 have featured special variant covers by G-Man creator Chris Giarrusso. Robert Kirkman’s Invincible #98 will be the latest comic to get the G-Man cover treatment.

In every variant cover, Giarrusso reproduces the first issue cover of each series, done in the style of his all-ages superhero comic G-Mam. The Invincible #98 G-Man cover features a newly super-powered (and superhero-suited) Mark Grayson. In the story inside, Dinosaurus unleashes his master plan.

Invincible #98 is written by Robert Kirkman with art by Ryan Ottley and John Rauch. Issue #98 is the first part of the three-issue story arc "The Death of Everyone."  Invincible #98 is scheduled to arrive in comic book stores on December 5, 2012.