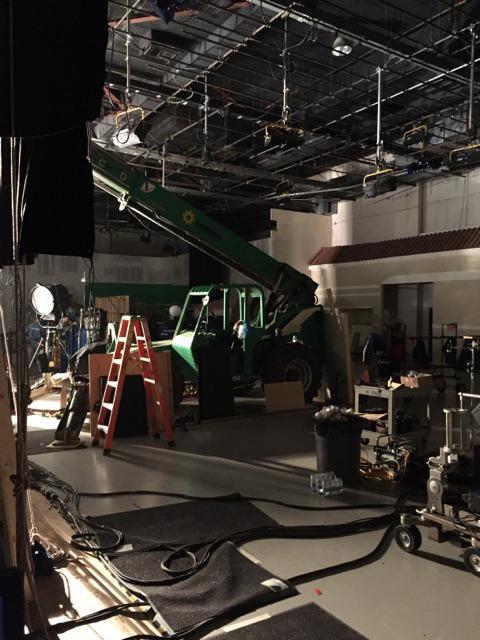 Patrick Fugit, who recently signed on to star in Outcast for Cinemax, has released the first behind-the-scenes photo from the exorcism-based comic from The Walking Dead's Robert Kirkman and artist Paul Azaceta.

Sadly for anyone hoping for anything too spoilery, it's just the set, with a crane in it -- but Robert Kirkman retweeted it, making it the first piece of photography from the set for producers to sign off on.

Kirkman developed Outcast with FOX International Channels (FIC) at the same time he was developing the comic book series of the same name for his Skybound imprint at Image Comics. The first issue of the comic book, which was released in June of this year, has not only exceeded The Walking Dead comic book sales, but has also been met with overwhelming enthusiasm from fans and critics alike.