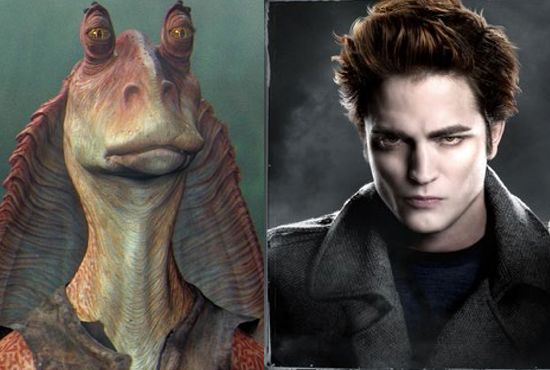 With Disney’s  announcement that Star Wars Episode 7 will be released in 2015, everyone from writers to directors to actors and actresses are letting reporters know where they stand on Star Wars. Some are interested in playing a role in the franchise, while others have expressed having no interest.

So there you have it, Robert Pattinson as Jar Jar Binks and Russell Brand as a Jedi in Star Wars Episode 7. What do you think?