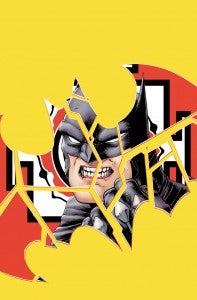 During a new interview out today, Grant Morrison defended the decision to kill Damian Wayne, the most recent Robin, in an issue of Batman Incorporated that hit the stands last month. He maintained, as he has in the past, that the character was always meant to be killed, saying that it's nothing like the death of Jason Todd. "I got asked about the Jason thing up front back when I did my first interviews, and it never really came up again. And that was really weird," Morrison told CBR. "It was kind of like Jason Todd was one of the most awful things to ever happen in comics, and is this the same thing again? But Jason Todd died because a bunch of people called on the phone, and Damian died because his creator decided to do it. It had to fit into the story and have a certain effect. Damian was built to die in the same way that Xorn was built to be Magneto, even though people still don't believe me. And I think that's the real distinctive difference between the two. Damian was created to occupy a space in an ongoing story in a way that Jason Todd wasn't." The writer did say, though, that with four issues remaining in his run, he'll be presenting fans with a vision of Batman who's left relatively whole at the end of it. "The next three issues are basically 'Vengeance of Batman'," Morrison explained. "He's been pushed too far. He underestimated Talia, and then Talia horribly underestimated him." He added that he had no particular interest in leaving Batman emotionally crippled, as had happened following Jason Todd's death.