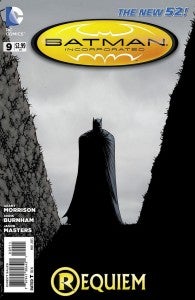 DC Comics has released preview pages for Batman Incorporated #9, featuring the burial of Damian Wayne (well, we assume). Newsarama made them available.

I say we assume because so far there's no open casket and of course there's a pervasive feeling that this death will be fleeting.

In any event, Bruce Wayne, Dick Grayson, Tim Drake and Alfred Pennyworth bring the casket into the private Wayne cemetery, where Damian can be buried alongside the "good" side of his family, while Bruce flashes back to his encounter with Damian's killer, which took place just moments after the death.

Will Batman be able to keep his no-kill ethos alive, or will he destroy the evil clone who killed his son? 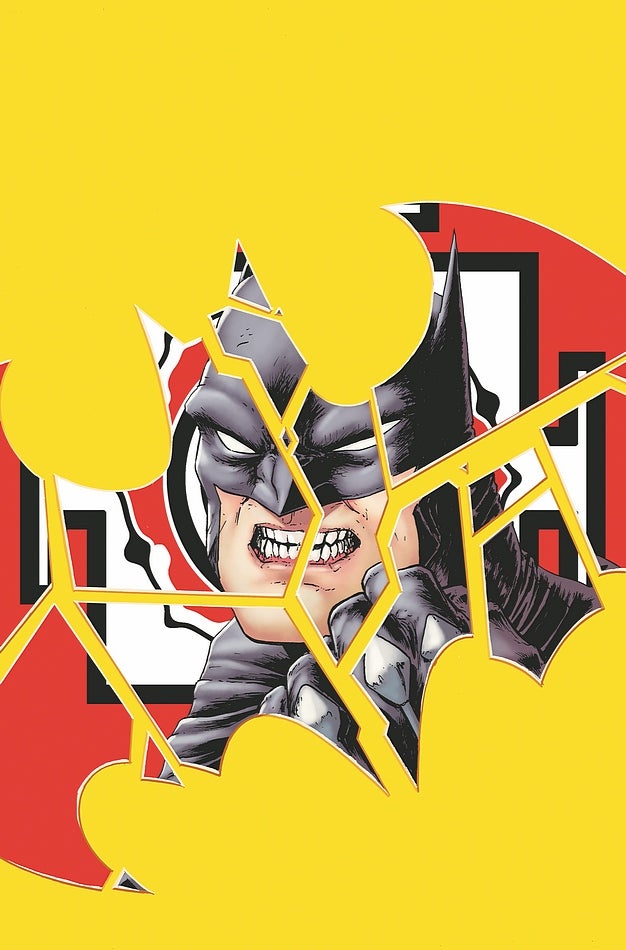 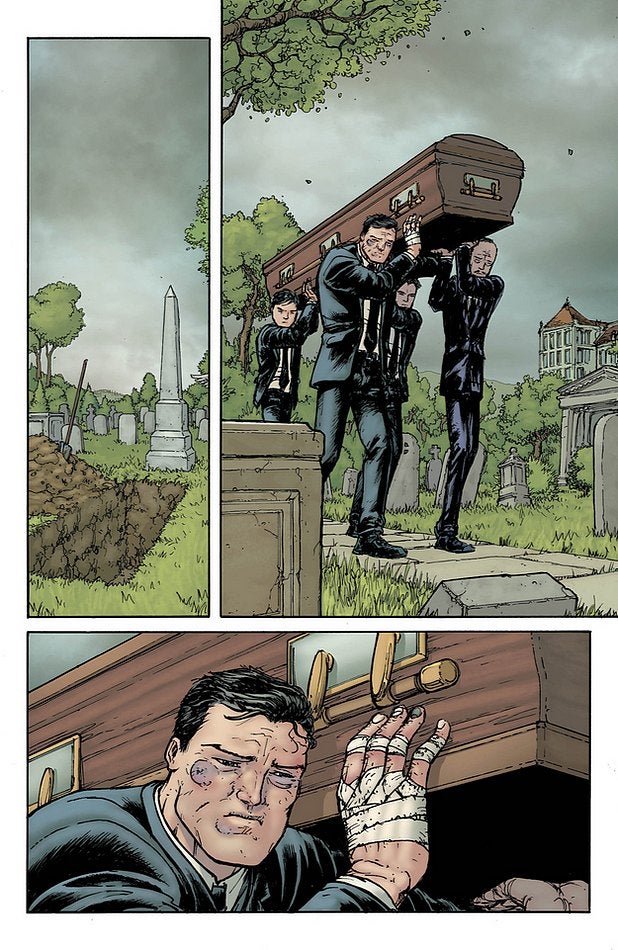 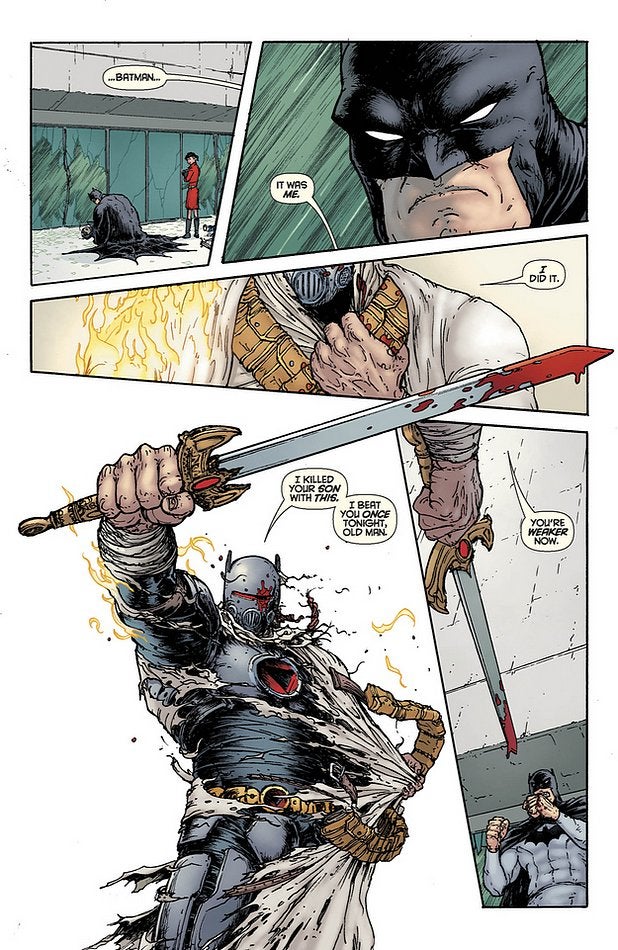 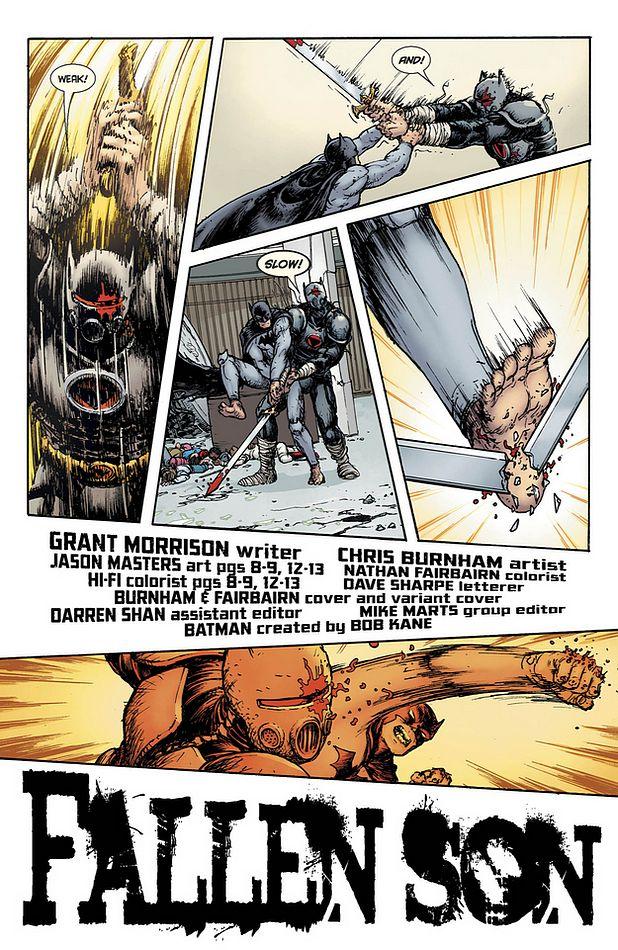