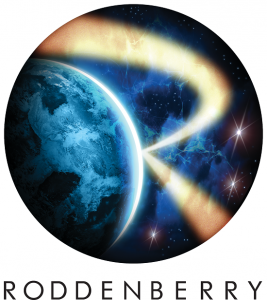 At next week’s San Diego Comic-Con International, ComicBook.com has learned that Roddenberry Entertainment will announce Worth, a new graphic novel by Aubrey Sitterson with art by Chris Moreno about what happens to someone who’s used to living with powers when suddenly they’re past their prime.

While the official announcement will come at 3 p.m. on Saturday during the Roddenberry panel, the news will effectively be anywhere you want to see it as soon as the show opens, since there will be sample pages from Worth included as part of a sample comic handed out for free at the production company's Comic-Con International booth.

ComicBook.com spoke to Sitterson and series creator and Roddenberry C.O.O. about the story. More details will be available next week at Roddenberry’s Comic-Con panel, and a second story will run at that time.

So what’s the basic premise here for Worth? Given that it’s not yet announced, I’m going to to on the assumption that my readers haven’t got the slightest idea.

Trevor Roth: I don’t know if I would call him a superhero as much as a person with a superhuman ability.

Usually you’ll start with origin story and work forward, but we kind of said let’s buck that system and live in the Roddenberry tradition of breaking the mold and look at a completely different side of such a character and say what happens when the fanfare is gone? What occurs at that point? And I think overall when I look at what we do at Roddenberry in exploring the human experience, that’s something that hasn’t been as much explored and something that’s novel to the superhero genre that we’re hoping to bring with Worth.

Aubrey Sitterson: The comic industry is dominated by superhero stories but the approach taken typicaly is characters in their heyday just doing it and being tremendous, amazing forces for good and change.

Worth is a book that takes alook at what happens after that and we tie it into the themes that Rodd does best, which is the core humanity of our superhero whose name is Worth. The things we’re exploring are the idea of man’s connection to the technology that he builds and the machines that he uses to affect the world around him and how they elevate him but also the cost of using them and the way that we have to evolve along with them.

We've seen a few of these kinds of stories before, but they're few and far between and mostly don't tend to be character pieces, but instead one last adventure to pull you out of retirement, kind of thing. Where do you think Worth falls?

AS: There’s a lot of talk in fiction circles about whether it’s plot-based or character-based and it seems like a false dichotomy to me because I think any good story is both and should be both; one informs the other.

It’s a story that’s realliy about Worth and his journey and his struggles but of course to put him through his paces and get to the emotional places we want Worth to go, you need plot elements. It’s a comic book and it’s got action in it, of course.

TR: If I can compare it to Star Trek, which we often do here--Star Trek worked on a number of levels when it came to being a great ride and a fantastic adventure and at the same time having characters who were accessible and relevant and it was about something. I think in Worth we’re achieving those same goals.

There’ s an audience that wants to take a thrill ride here and we’re giving that to them but at the same time we’re telling the story because without a character that people are going to be able to relate to and care about we just haven’t done our job in regard to substance that we want to put into anything we create.

So much of superhero comics for the Big Two rely on the fact that readers have a relationship that already exists with those characters. What is it about Worth that will make readers care, even though they don't have any idea who he is?

TR: If you take it into just regular life, although this person does have superhuman ability what we deal with is the human part and how emotions and actions and behavior takes place in a very human world. It’s really about someone who’s sort of a has-been and that’s a very universal story. That can happen ith anyone who is a musician or an athlete or a regular person who was once at the top of their game and has fallen from grace in some sort of way.

Roddenberry Entertainment To Announce Worth Graphic Novel at Comic-Con