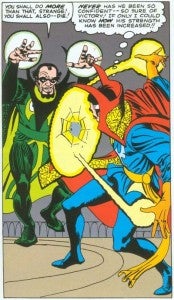 Bear in mind, of course, that these are firmly in the rumor column. While Latino Review have broken some Marvel scoops in the past, more recent stories have been debunked and rumor has it Marvel may be flooding the channels that rumor sites generally get their information with with "white noise," in no small part due to their frustration with being unable to stop sites like Latino Review.

The villains, according to the site's el Mayimbe, are Dormammu and Karl Mordo (both of whom could have been safely assumed from the moment Doctor Strange was announced) and "a giant mindless one," essentially an extradimensional golem that will likely be called to our plane to serve the will of one or the other of the more able-minded villains. 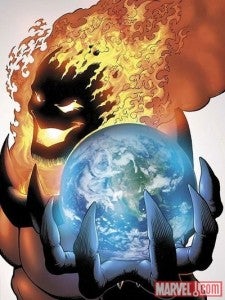 Mordo, a student of the Ancient One just like Strange, has been a lackey of Dormammu's in the past in the comics. He's also one of Strange's most persistent antagonists, serving basically as the hero's opposite number (think Sinestro, Bizarro, Venom, etc.).

Dormammu himself is one of the Marvel Universe's most powerful cosmic entities, and arguably the most obvious choice for a "magic" villain in the same way that Thanos is the go-to "cosmic" one. Without the baggage of Mephisto (being tied to real-life scripture), Dormammu is a menacing, powerful, flame-powered, demon-like threat, but one who is firmly rooted in the Marvel Universe, easily trademark-able, and visually interesting. 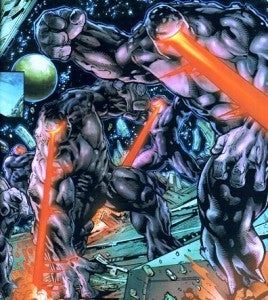 The Mindless One is likely more a prop than a character, unless something will change substantially from the source material to the screen. It's arguably telling that Latino Review claims it's one giant one, though, as opposed to the army of regular-sized ones featured in the article (and the picture below).