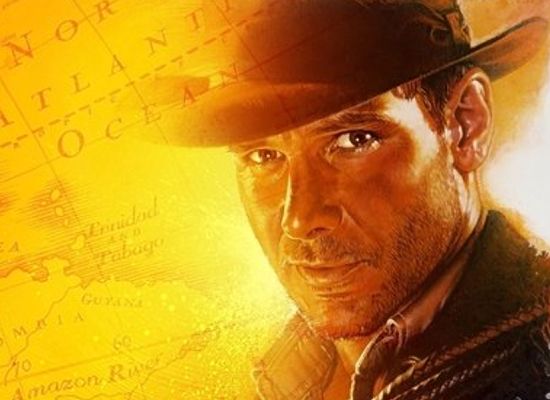 With no activity on Indiana Jones 5, most fans still hadn't given much thought to the prospect of re-casting the iconic role, since Harrison Ford seems much keener to return to Henry Jones, Jr. than he is to be Han Solo again.

A new report from Latino Review might change all that, though, as it seems Ford's involvement with the next installment of the blockbuster adventure franchise has an expiration date -- and if a new movie isn't in the works by a certain (undisclosed) time, they will likely try to move forward with a new actor in the lead role.

The site says that the source on this story -- officially still a rumor, of course -- is the same Disney insider who gave them an early jump on Bradley Cooper playing Rocket Raccoon in Guardians of the Galaxy.

They further claim that Cooper is at the top of the studio's wish-list if they end up going forward without Ford. Frank Darabont, director of The Shawshank Redemption and showrunner for the first season of AMC's The Walking Dead,, reportedly has pitched an idea for the next movie. Whether the two are connected (e.g., whether Darabont's idea would rely on a younger Jones) isn't clear, but seems unlikely.

Latino Review's report says that if they do re-cast, it won't be a reboot but a new trilogy teed up starring the new actor and taking place in the same timeline as the previous installments; they compare it to James Bond films (although obviously Bond rarely had to compete with a set timeline, which the Indiana Jones movies have).

Rumor: Indiana Jones Could Be Recast As Early As the Next Movie