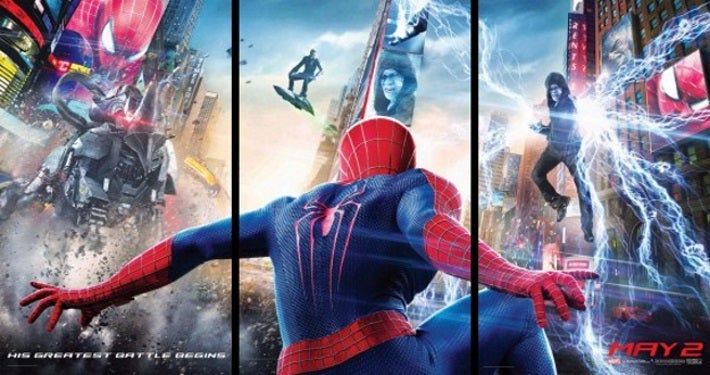 Yesterday, we reported on rumors that Sony may start sharing Spider-Man with Marvel Studios in order to help bolster its film franchise. BadAss Digest is now reporting that is only one of at least three plans being considered by Sony for the franchise:

Here are the other two:

- Sony is going to soft reboot Spider-Man with The Sinister Six, having a new actor playing a Spidey who works with the villains The Dirty Dozen style to take down a larger threat.

- Sony is going to put Spider-Man on the shelf for four or five years and see if they can develop any of the side characters into their own franchises.

The second of those plans falls in line with Sony’s decision to push Amazing Spider-Man 3 back to a 2018 release. If the second turns out to be true, it calls into question any plans that Sony may have had for future stories featuring Spider-Man, as played by Andrew Garfield.

The report also notes that the Venom film appears to be dead in the water, yet again.

Sony plans to release The Sinister Six in November of 2016. We’ll have to wait to see if it includes Spider-Man, played by Garfield or otherwise.