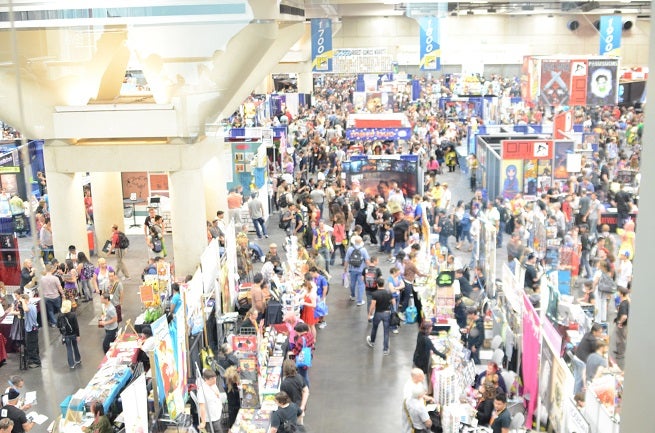 Comic Con International: San Diego sold out all available tickets within an hour of them going on sale this morning, the convention's official Twitter account said.

Some news outlets are touting the hour as a record, comparing it to last year's show, which sold out in 90 minutes. This is the second year of a new ticket sales policy aimed at preventing system major system glitches like the one that happened in 2013.

Then, the badges reportedly sold out in 55 minutes, although it may have been even more impressive than that since it was six minutes before the system started to fail and five minutes before all ticket buyers were accounted for with the "rooms" used to queue up buyers all full. It wasn't entirely clear whether the badges were sold out, the system was crashed or both until Comic Con tweeted that no more badges were available.

Last-minute sales of returned or unused badges are another element of the show that simply no longer seem to be in the cards. Last year, there were no such sales.

Comic-Con draws over 130,000 people -- arguably more than the San Diego Convention Center and the Gaslamp Quarter can comfortably accommodate. The show is committed to the city through 2016, but discussions about moving to Anaheim or Las Vegas have been taking place seriously for years now. San Diego's tourism authority is working to lock down a two-year extension but there are a number of issues, including plans for the convention center to expand and local hotels and businesses who must agree to continue offering steep discounts during Comic Con.

San Diego Comic Con 2015 Sells Out In An Hour