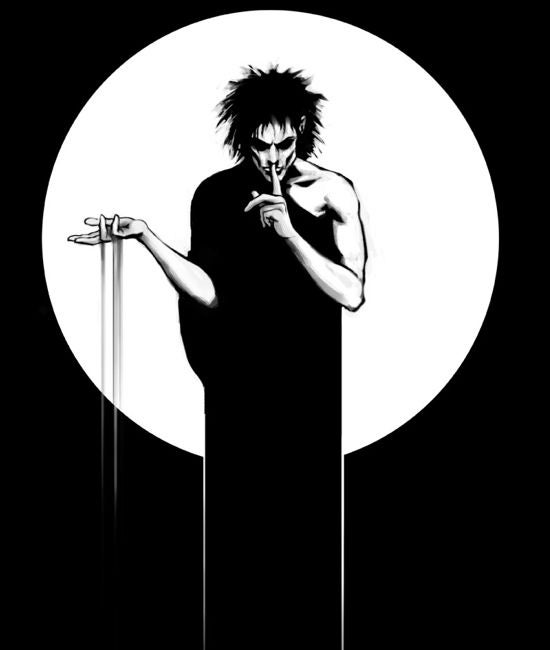 We think it might be a requirement that Joseph Gordon-Levitt's name is attached at some stage to being in the running for a role in every comic book movie that is made, including the ones that haven't even been officially announced yet. BadAssDigest, the site that broke the news about a Preacher TV series, is now reporting that a movie based on Neil Gaiman's The Sandman is now in the planning stages.

We've heard rumbling about a Sandman movie for quite some time now, so it would actually be more surprising if Warner Bros. wasn't in the planning stages on a film. In fact, DC Entertainment Chief Diane Nelson told The Hollywood Reporter back in July that Sandman was at the top of her list for DC Comics properties that she would like to see adapted to the big screen." Sandman is right on top. I think it could be as rich as the Harry Potter universe," said Nelson.

What is more surprising is that BadAssDigest reports that Warner Bros. is evidently to the stage of starting to think about casting decisions, and Joseph Gordon-Levitt is in the running to play the lead role of Morpheus. Also, Man Of Steel writer David S. Goyer has even reportedly pitched a script for his take on Sandman. The site does warn that even though the information comes from trusted sources that everything is in the very early planning stages. They also note that they are making an educated guess on Gordon-Levitt being up for the Morpheus role, and he could actually be attached to the project in another capacity.

What do you think? Are you excited about the possibility of a Sandman movie? Or do you think that Morpheus is better suited for a TV series?