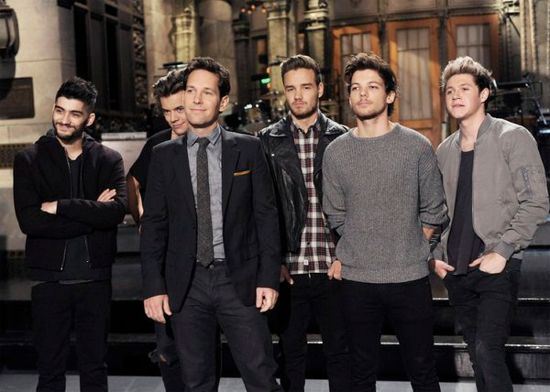 He's the man who could be Ant-Man. Earlier this year Comicbook.com was first to report on the possibility of Paul Rudd starring in Marvel Studios upcoming Ant-Man movie, which has recently been confirmed by many in the trade press. While it's still up in the air as to whether Rudd will ultimately land the title role in Ant-Man, he is definitely hosting Saturday Night Live tonight. Tonight will be comedian and actor Paul Rudd's third time hosting SNL. Rudd next stars in Anchorman 2: The Legend Continues, which is set to be released in movie theaters on December 20, 2013. There will almost certainly be some jokes revolving around Anchorman, but it will be interesting to see if Rudd pokes fun at any of the Ant-Man rumors. The musical guest for tonight's episode is One Direction, who are making their second appearance on SNL. Their most recent album is "Midnight Memories," which features hit singles "Best Song Ever" and "Story of My Life." Lorne Michaels is the creator and executive producer of Saturday Night Live. The Paul Rudd hosted episode of Saturday Night Live airs on Saturday, December, 2013 at 11:30 PM ET on NBC.