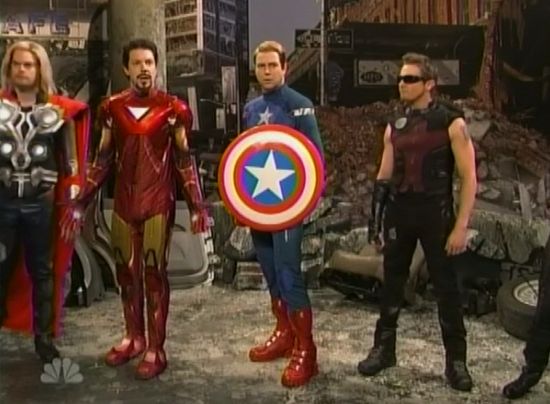 After Saturday Night Live ignored The Dark Knight Rises when Joseph Gordon-Levitt and Anne Hathaway hosted, the show finally did a sketch involving a comic book movie. Host Jeremy Renner reprised his role as Hawkeye in an Avengers sketch.

The sketch poked fun at Hawkeye’s lack of super powers, as Nick Fury pointed out he’s just a really good archer. While fighting the Chitauri, Hawkeye runs out of arrows, because he can only carry eleven at a time in his arrow-thing. When the Hulk finds an arrow, Hawkeye then injures his hand doing a fist bump with the Hulk.

However, Hulk finds a way to make Hawkeye useful by basically using him as a bat against the aliens. We’ll include a video of The Avenger sketch once one is available online, but here are some screen shots for now. Jeremy Renner also referenced The Avengers in his opening monologue by playing a theme song that he wrote for The Avengers. 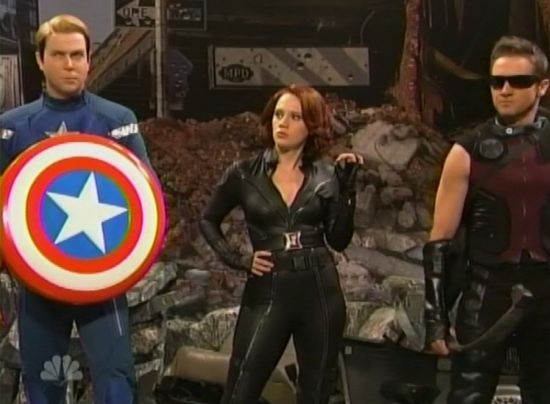 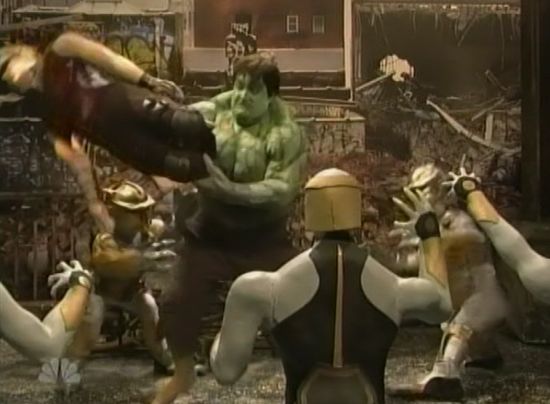