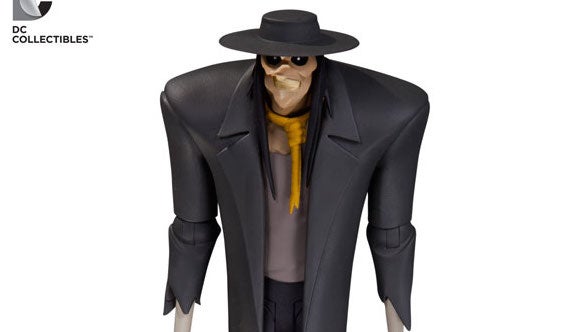 DC Collectibles is spooking up their Batman: The Animated Series action figure line with the addition of The Scarecrow.

Rocking his creepiest (and arguably, best) look from The New Batman Adventures, The Master of Fear of will headline the fifth wave of Batman:The Animated Series figures from DC Collectibles. DC will probably unveil the rest of the line later this week, when their April 2015 solicitations hit the Internet.

With this action figure, The Scarecrow is on a multi-media roll right now. Fox has confirmed that the character will appear on their hit show Gotham, with a debut slated for this February. While the show won't have Dr. Jonathan Crane as an adult, it will feature his father, a killer who "targets victims with severe phobias." Sounds close enough, especially when the episode sports the title, "The Fearsome Dr. Crane." Now all DC Collectibles needs to do is create a Animated Series Commissioner Gordon action figure, and everyone's Gotham fanfic can come to life. 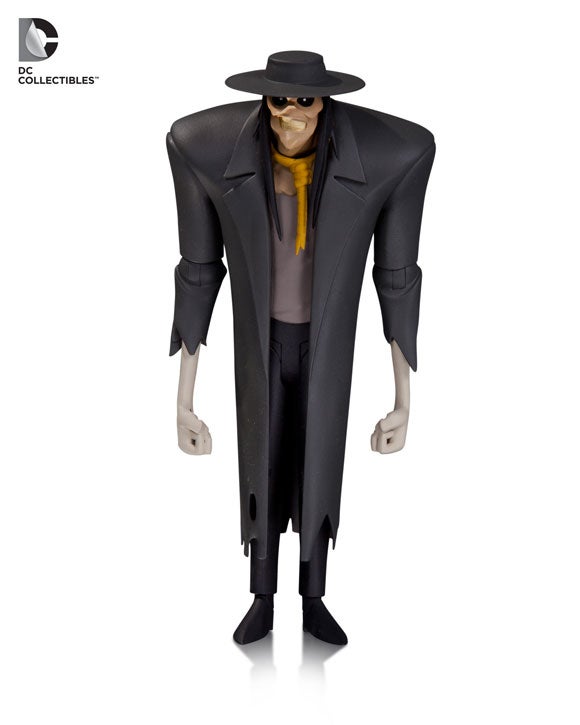 The Scarecrow strikes terror into toy boxes when it hits shelves this fall, and hits Gotham on February 2nd at 8:00 p.m. on FOX.