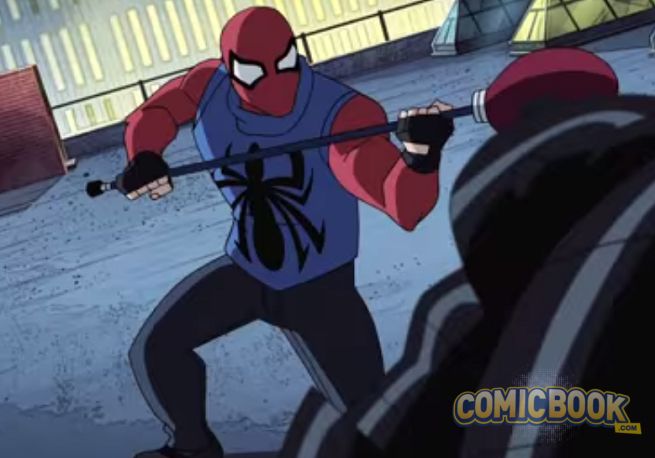 Disney XD will introduce the Scarlet Spider -- and it looks like the Ben Reilly version -- in the upcoming series Ultimate Spider-Man: Web Warriors.

As you can see from the screen capture posted above, this version of the character will feature a variation on the classic Ben Reilly costume.

Reilly joins Miguel O'Hara (Spider-Man 2099) and Miles Morales (comics' Ultimate Spider-Man) on the Disney XD series, which seems to be drawing inspiration from the upcoming "Spider-Verse" storyline in the comics, which also feeds into the just-announced mobile game Spider-Man Unlimited.

The Flash: Best Look Yet at Barry Allen's Flash Ring

Did the Roman Reigns vs. Rey Mysterio Hell in a Cell Match Draw a Bigger Audience for WWE SmackDown?