Batman v. Superman: Dawn of Justice has added Scoot McNairy to its cast, according 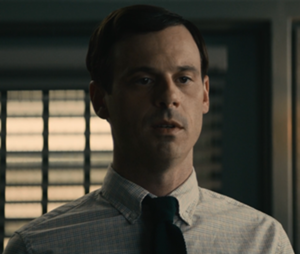 McNairy is known for his versatility, playing roles in dramas 12 Years a Slave and Argo, crime film The Rover, and action thriller Non-Stop. He also played documentary filmmaker Jackson Norris in the Marvel One-Shot All Hail the King.

Warner Bros. did not confirm the report or reveal any details about who McNairy will be playing.

Batman v. Superman: Dawn of Justice is currently filming in Michigan and will be released in theaters May 6, 2016.