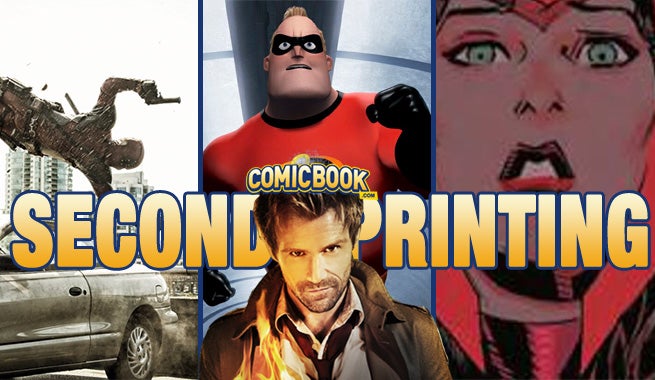 Welcome back to the Second Printing at ComicBook.com where we round up the biggest issues, so you don't miss a thing. Join us in the video below to get up to speed on this weekend's biggest news.

Wanda and Pietro Maximoff's origin story has changed. In a preview for Uncanny Avengers #44, we learned that they are the children of human parents Marya and Django Maximoff.

Not only did Deadpool (Ryan Reynolds) join Instagram, but he did so by posting a photo of everybody's favorite mercenary flipping through the air over a car. On top of that, he posted a lovely Deadpool photo to Twitter in honor Mother's Day.

NBC cancelled the DC comics adaptation, Constantine, but Arrow star Stephen Amell is trying to help it find a new home and is even willing to guest star. Arrow executive producer Marc Guggenheim is also interested in a crossover.

Brad Bird confirmed that after Tomorrowland, his next project will be a sequel to 2004's The Incredibles.