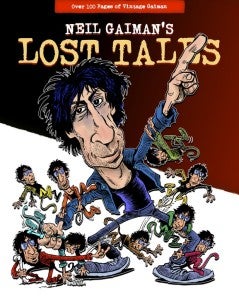 Digital comics iPad app Sequential and publisher Knockabout have teamed up to release Neil Gaiman's Lost Tales, a collection of Gaiman's rare comic strips, scripts and interviews – including collaborations with Dave McKean and Bryan Talbot – in an attempt to raise money for charity. The collection – exclusive to Sequential – is free. For every download the book gets until the end of the year, a donation of 50 cents will be made to Malaria No More. The goal is to raise $15,000 to aid the effort to end Malaria, one of the leading killers of children in Africa. The collection includes original notes for The Sandman and work previously published in 2000AD. Neil Gaiman's Lost Tales is available now through the Sequential app.