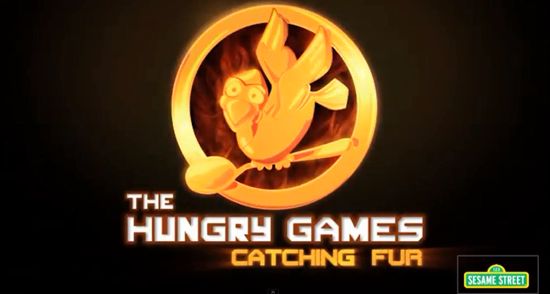 In The Hungry Games: Catching Fur, Cookieness Evereat and her friends, Finnicky, Tick Tock Lady, and Pita face challenges such as the poking monkeys and the tickling winds. Along the way, there is also an educational message about shapes.

The Hunger Games: Catching Fire is set to open in movie theaters on November 22, 2013.