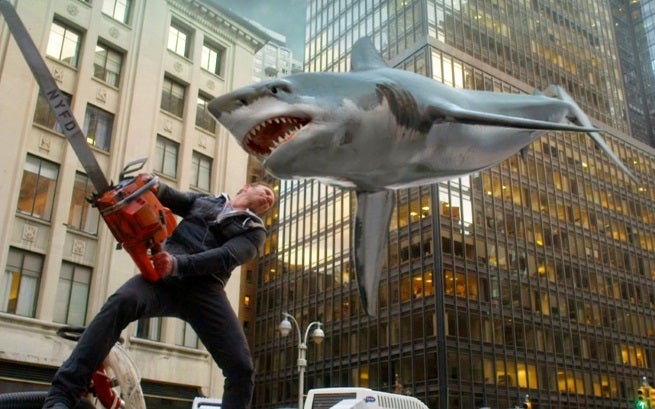 The Sharknado series is heading down the East Coast with Sharknado 3.

The SyFy Twitter account revealed that Sharknado 3 would take place in areas from Washington D.C. to Orlando, Florida.

Sharknado 3 will presumably feature plenty of shots of Washington landmarks and Florida theme parks being consumed by airborne sharks.

Sharknado 3 is scheduled for release on SyFy sometime in 2015.

Sharknado 3 Will Hit From Orlando To Washington, D.C.