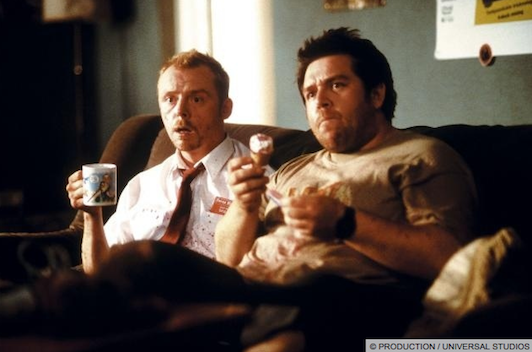 Having already done Star Wars and Marvel Comics-themed episodes, Phineas and Ferb will be joined by Shaun and Ed from the Edgar Wright-directed cult classic Shaun of the Dead.

They'll be voiced by Simon Pegg and Nick Frost, who starred in the film (the first of three Wright-directed movies starring the pair).

Here’s news, @nickjfrost and myself will be once again stepping into Shaun and Ed’s shoes for the #PhineasAndFerb Halloween special. W00t!!

Shaun of the Dead came to the U.S. in 2004 and introduced the global audience to Pegg and Frost, who had already appeared together on a number of British TV shows, most notably in Spaced.

In the past, both Pegg and Wright have rejected the notion of a sequel to Shaun of the Dead.