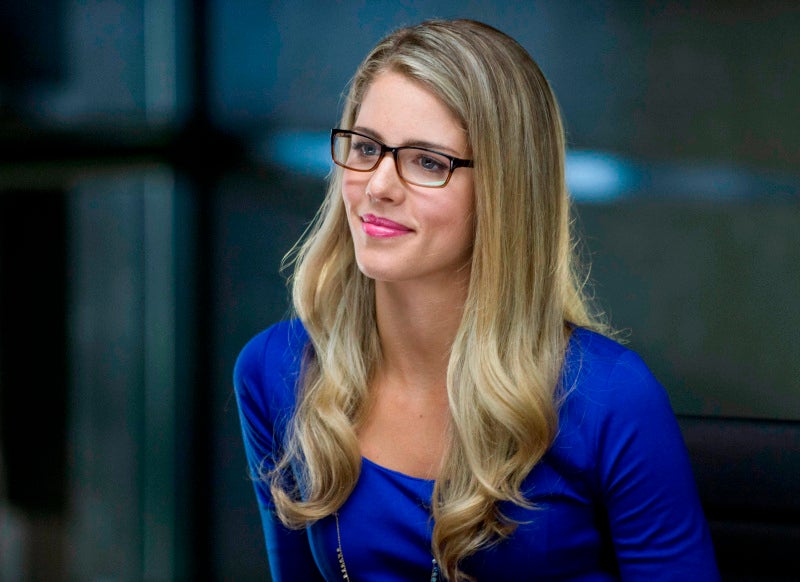 Tonight kicks off the Green Arrow/Flash crossover event when Felicity Smoak visits Central City in tonight’s episode of the Flash.

In this sneak peek of tonight's episode Going Rogue, Felicity reunites with Barry Allen and meets the rest of the team at S.T.A.R. Labs.

The Flash (Grant Gustin) stops a robbery but the culprits get away after shooting a guard, and The Flash chooses to save the man instead of following the criminals. Joe (Jesse L. Martin) shows Barry a book of suspects and Barry identifies Leonard Snart (guest star Wentworth Miller, Prison Break) as the leader of the group.

While investigating the case, Barry gets a surprise visit from an old friend — Felicity Smoak (Emily Bett Rickards, Arrow), who heard about his new abilities and came to check them out for herself. She joins him at S.T.A.R. Labs to help stop Snart after it's revealed that Snart has gotten his hands on a stolen "cold gun," which could kill The Flash. Dr. Wells (Tom Cavanagh) is furious when he finds out that Cisco (Carlos Valdes) built the cold gun without telling anyone and now it's missing. Meanwhile, Iris (Candice Patton) is getting the silent treatment from Joe because of her relationship with Eddie (Rick Cosnett). Finally, The Flash and Captain Cold have an epic confrontation.

The Going Rogue episode of the Flash premieres tonight at 8 p.m. E.S.T. on the CW.