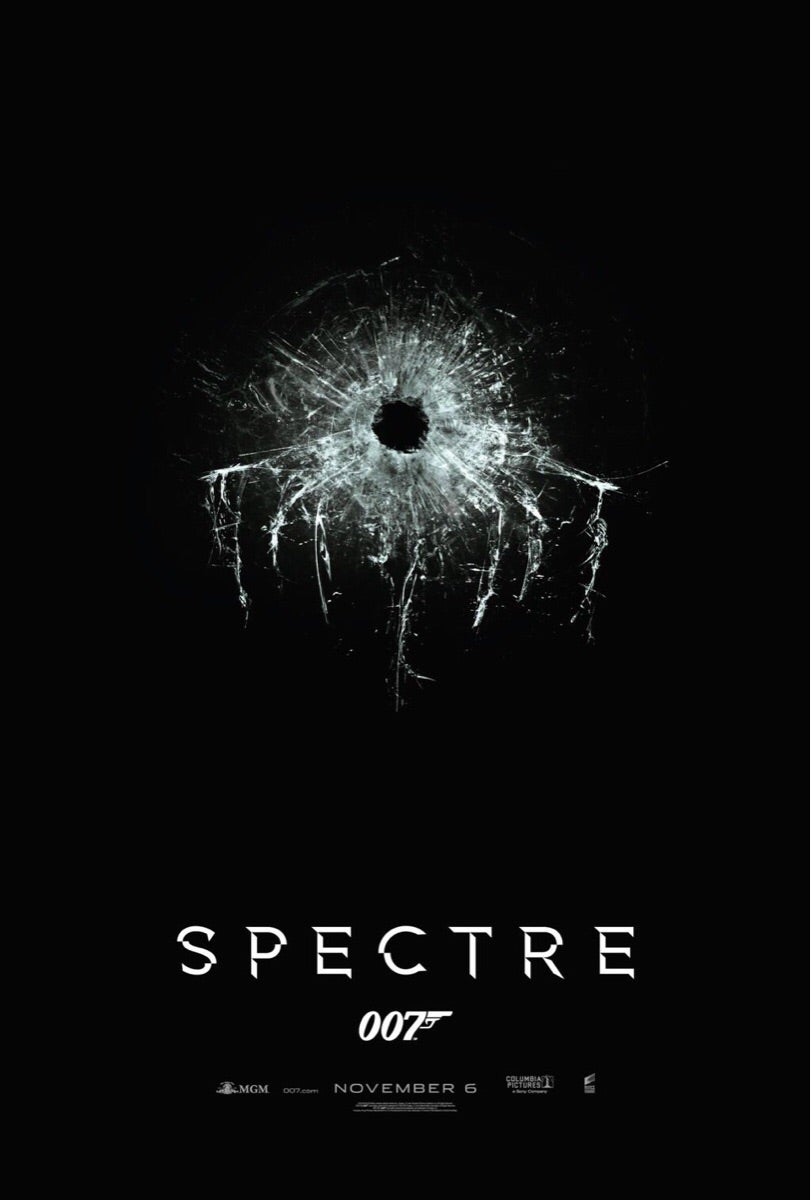 The image is short on, well, anything, simply featuring a bullet hole through what looks like reinforced glass or plastic. We could be looking at the image too closely, but maybe the bullet hole and its surrounding circle are supposed to be double-Os, as an artistic reference to James Bond's 007 codename?

Specter will once again see Daniel Craig don the tux and bowtie as Bond, with Ben Whishaw returning as Q., Naomie Harris returning as Miss Moneypenney, Ralph Fiennes returning as M., and Rory Kinnear reprising Tanner. Christoph Waltz will join the cast as a new character named Oberhauser. He is expected to be the film's main villain.

While the official plot hasn't been revealed, Bond fans will note that SPECTRE is the acronymous name (Special Executive for Counter-intelligence, Terrorism, Revenge and Extortion) of the terrorist group featured in 1961's James Bond film, Thunderball, and several other Bond films.

SPECTRE will start shooting on Monday for a November 6, 2015 release date.