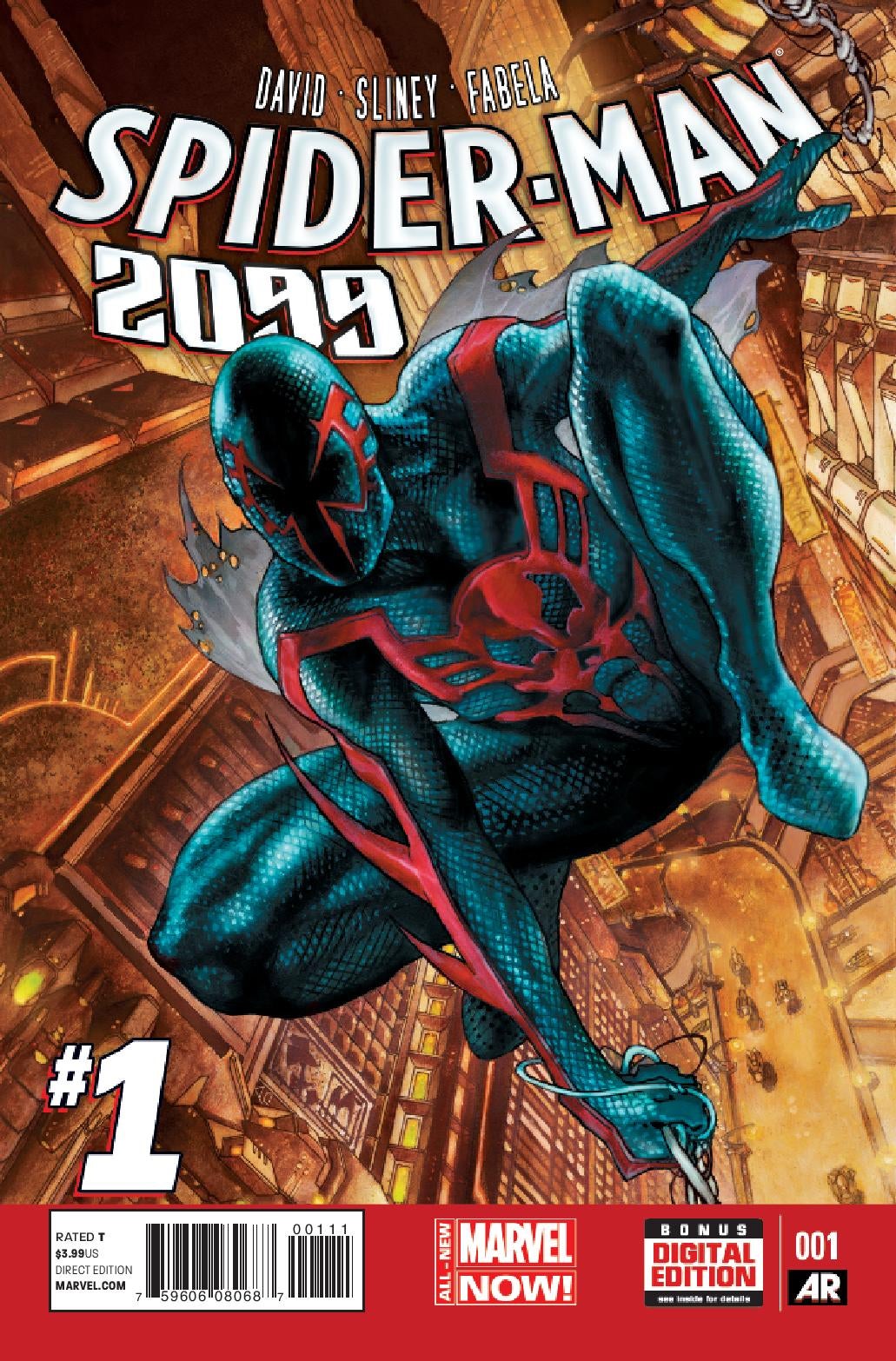 The decision to attach Spider-Man 2099 co-creator Peter David to the relaunched title has paid off for Marvel Comics, who moved over 100,000 copies of the series' debut issue earlier this month, according to Editor-in-Chief Axel Alonso.

"Peter writing Spider-Man 2099 was a no-brainer. It was simple math. And the orders -- we broke 100K on issue #1 -- bear that out," Alonso said during a recent interview.

It's just one of a number of "retro" titles that Marvel and DC are doing right now, with titles like Lobo, Deathstroke and Deadpool vs. X-Force feeding '90s nostalgia.

David, in particular, has been the recipient of a lot of fan goodwill as he's returned numerous times to Hulk and X-Force, projects that helped build his reputation when he was younger.

"There's no statute of limitations on talent," Alonso told Comic Book Resources during their standing Axel-in-Charge interview. "A lot of creators fall into the trap of thinking that a comics career comes with a ticking clock. But what about Grant Morrison? Garth Ennis? Neil Gaiman? Brian Bendis? If you build a body of work that commands respect, you'll have staying power. Peter exemplifies that fact. He comes at every assignment from a perspective that is uniquely his, and his voice shines through, no matter what the assignment is. That's why he has one of the most loyal fan bases in comics."

That was borne out last year when, after suffering a stroke while on vacation, David enjoyed an outpouring of appreciation from fans and fellow professionals alike. Since then, CBR notes, it seems as though he's actually working more, not less, than before the stroke.

Ant-Man and the Wasp: Quantumania Funko Pops Are On Sale Now