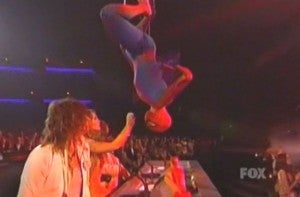 Spider-Man appeared on the American Idol Finale as part of a performance by Bono, the Edge, and Reeve Carney of Rise Above from the Spider-Man: Turn Off The Dark Broadway musical. Spider-Man initially swung down from the rafters to the aisle, then he swung around during the performance, before dropping down upside down in front of Jennifer Lopez. 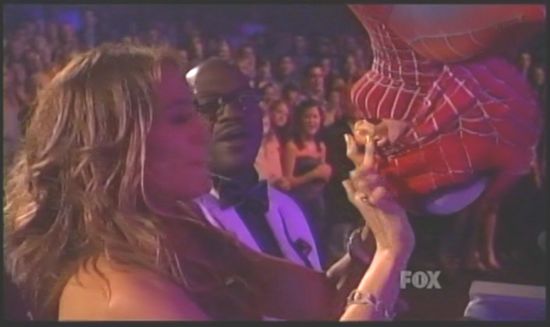 Jennifer Lopez pulled down half of Spider-Man’s mask, like she was going to kiss him. However, Lopez wound up tapping Spider-Man’s nose instead, before pushing him away, which had to be quite a disappointment for the webslinger.