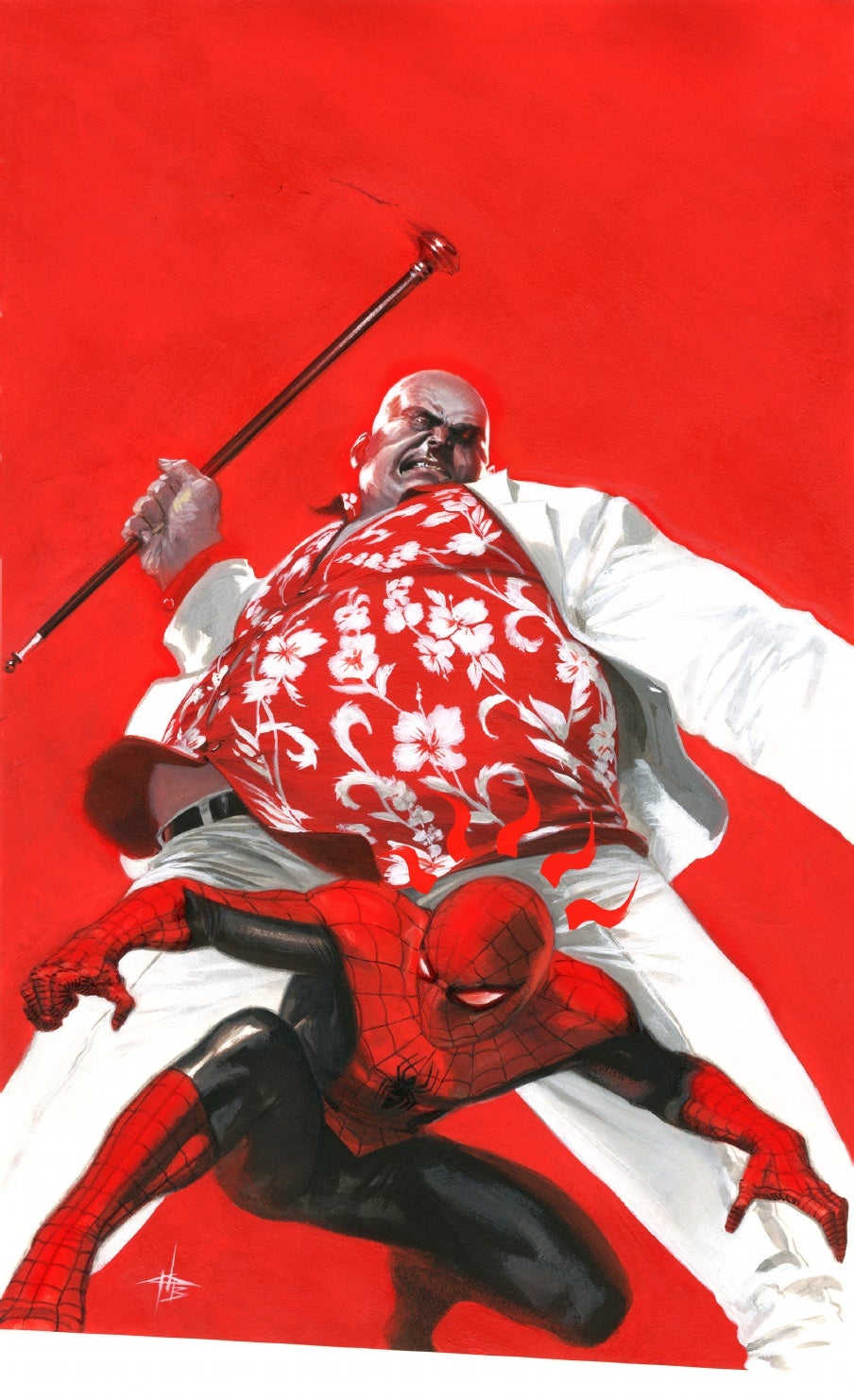 Marvel Comics has released a trailer for Spider-Man: Family Business, the new original graphic novel from writers Mark and James Robinson, featuring painted art by Gabrielle Dell'Otto. In the new graphic novel, Peter Parker discovers he has a sister named Theresa. You can check out the trailers below.

Someone has Spider-Man in their crosshairs and the only person in the Marvel Universe who can save him is...Peter Parker's sister?! As the web-slinger meets family he never knew, will she end up becoming his greatest ally...or the one who damns him? And what does the KINGPIN have to do with it? This all-new, original graphic novel, written by Eisner Award Winning writer Mark Waid (DAREDEVIL) and acclaimed author James Robinson (Superman), and fully painted by the legendary Gabriele Dell'Otto (SECRET WAR) comes to you in a high-end, oversized format to give you the web-slinger's darkest hour - and greatest triumph! AMAZING SPIDER-MAN: FAMILY BUSINESS is available now in book stores, comic shops, the Marvel Comics app (for iPhone®, iPad®, iPad Touch® & Android devices) and online in the Marvel Digital Comics Shop. Trailer Voice-Over by Jesse Falcon.