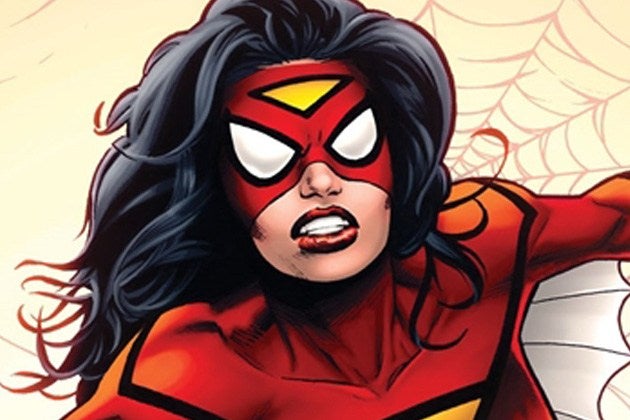 Marvel Comics has released a preview of Spider-Woman #1, by writer Dennis Hopeless and artist Greg Land. Spinning right out of Marvel's Spider-Verse, the debut issue sees the heroine teaming up with the new character Silk.

Jessica Drew has been many things – agent of S.H.I.E.L.D., agent of S.W.O.R.D., Avenger and so much more. She’s a hero to her very core, but nothing could prepare her for the multidimensional insanity of Spider-Verse! War has come to anyone with spider powers and they’re being picked off one by one. The supremely powerful Morlun and his twisted family will stop at nothing to eliminate every Spider-Man and every Spider-Woman in every universe.

Spinning Out Of Marvel's Spider-Verse, Your First Look Spider-Woman #1