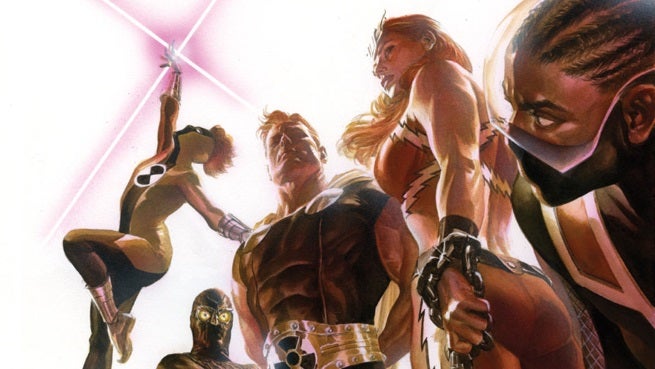 Robinson says that this Squadron Supreme is based on the iconic origianl lineup, but are appropriately "All-New" vesions of the characters. 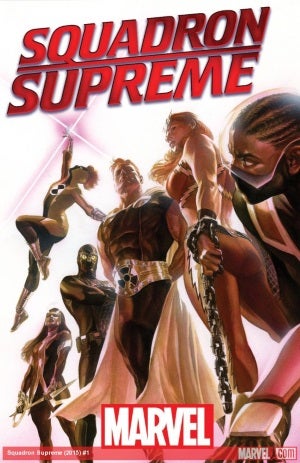 "Well, although they are somewhat classic icons they're also versions that have not had a lot of exposure," he explains to Marvel.com. "So yes, the name Doctor Spectrum as part of the Squadron Supreme has for instance, had some cache and some value but the version that I'm using, which is the one from the Great Society, is a relatively new version from one of the worlds created and then destroyed by Jonathan Hickman. So, taking this Doctor Spectrum as an example, she's somewhat of a blank slate. In fact, it will be many issues until we see her without her mask on and see her face. That character is that much of a blank slate I'm really adding everything to her and also I'm having quite a lot of fun with her; Jonathan only had a few issues to really deal with everything."

The Squadron Supreme were originally conceived as a team analogous to DC Comics' Justice League, allowing Marvel to write their own unofficial crossover stories featuring the Avengers and the Squadron. The core membership included Hyperion, Nighthawk, Doctor Spectrum, Power Princess, and the Whizzer. The team has received many revisions and reimaginings over the years.

The new incarnation will include versions of Hyperion ad Spectrum that appeared in Jonathan Hickman's Avengers, both refugees of two different worlds that were destroyed in incursions leading up to Secret Wars.