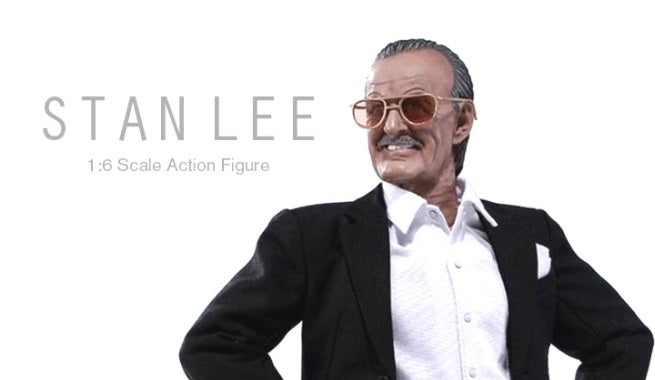 The figure was created in conjunction with Das Toys, Executive Replicas and Phicen LTD., and recreates the longtime comic book writer, creator, and ambassador in a collectible, 1/6 scale form.

There's only 1000 of these action figure being made, so don't hesitate to order now if you want one for your own collection. Official figure description follows.

In addition, he headed the first major successful challenge to the industry's censorship organization, the Comic Code Authority and forced it to reform its policies.

Stan Lee also led the expansion of Marvel Comics from a small division of a publishing house to a large multimedia corporation making it what it is today.

Stan Lee was inducted into the comic book industry's Will Eisner Award Hall of Fame in 1994 and the Jack Kirby Hall of fame in 1995. He also received a National Medal of Arts in 2008.

Das Toyz is proud to present the "First-Ever 1:6 Figure" of the one and only Stan Lee. Officially Authorized Likeness of Stan Lee. Licensed and approved by Stan Lee